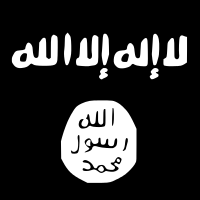 Twitter has blocked users accused of ‘harassing’ accounts linked to ISIS. Meanwhile, hackers have revealed that Twitter handles used by ISIS can be traced back to Saudi Arabia — and the British government. Surprise?

One of the central arguments used by governments looking to restrict internet freedoms and justify total surveillance is that social media and various other internet platforms allow “terrorists” to spread propaganda and incite violence. And of course, the only way to stop this horrible phenomenon — according to conventional wisdom — is to closely regulate speech on the internet, as well as adopt sweeping surveillance policies. Or at least so we’re told. 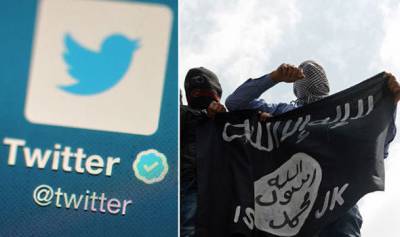 Made possible by Saudi Arabia and the UK

Which is why many were bewildered by Twitter’s decision to block “hacktivists” accused of “harassing” accounts linked to ISIS and other terrorist groups. The move made headlines earlier this month:

As quickly as ISIS sets up accounts and spreads propaganda, hackers from groups like Anonymous and Ctrl Sec are taking them down in their own online campaign #OpISIS.

The group updates followers, linking to the accounts they have spotted, while calling on other to join them and report Jihadi profiles.

But they have said the social media site is shutting them down.

In its own defense, Twitter has boasted that no less than 125,000 accounts linked to terrorist organizations have been removed. But internet activists say that Twitter has done little aside from acting on user-submitted complaints:

A statement from WauchulaGhost, an anti-terrorist hacker with the hacker collective Anonymous, said: “Who suspended 125,000 accounts? Anonymous, Anonymous affiliated groups, and everyday citizens.

“You do realise if we all stopped reporting terrorist accounts and graphic images, Twitter would be flooded with terrorists.”

After the announcement by Twitter angered Anonymous members revealed they have had their accounts banned – not ISIS.

In one day in February 15 hackers had their accounts shut down on Twitter, despite months of finding and reporting jihadis.

Why would Twitter ban users reporting accounts linked to ISIS? Maybe because some of these accounts can be traced back to Saudi Arabia, and even the British government. As it was reported in December 16 December 2015:

Hackers have claimed that a number of Islamic State supporters’ social media accounts are being run from internet addresses linked to the [UK] Department of Work and Pensions.

A group of four young computer experts who call themselves VandaSec have unearthed evidence indicating that at least three ISIS-supporting accounts can be traced back to the DWP.

After the sale completed in October of this year, they were used by extremists to spread their message of hate.

Jamie Turner, an expert from a firm called PCA Predict, discovered a record of the sale of IP addresses, and found a large number were transferred to Saudi Arabia in October of this year.

He told us it was likely the IP addresses could still be traced back to the DWP because records of the addresses had not yet been fully updated.

The Cabinet Office has now admitted to selling the IP addresses on to Saudi Telecom and the Saudi-based Mobile Telecommunications Company earlier this year as part of a wider drive to get rid of a large number of the DWP’s IP addresses.

So Saudi firms are using IP addresses purchased from the British government to spread ISIS propaganda on Twitter. Meanwhile, activists who try to get these accounts removed are themselves banned. To top it all off, David Cameron is now boasting of all the “brilliant” UK arms exports to Saudi Arabia. We’re sure the Saudis will use those British weapons and British IP addresses for the greater good.

The original source of this article is Russian Insider