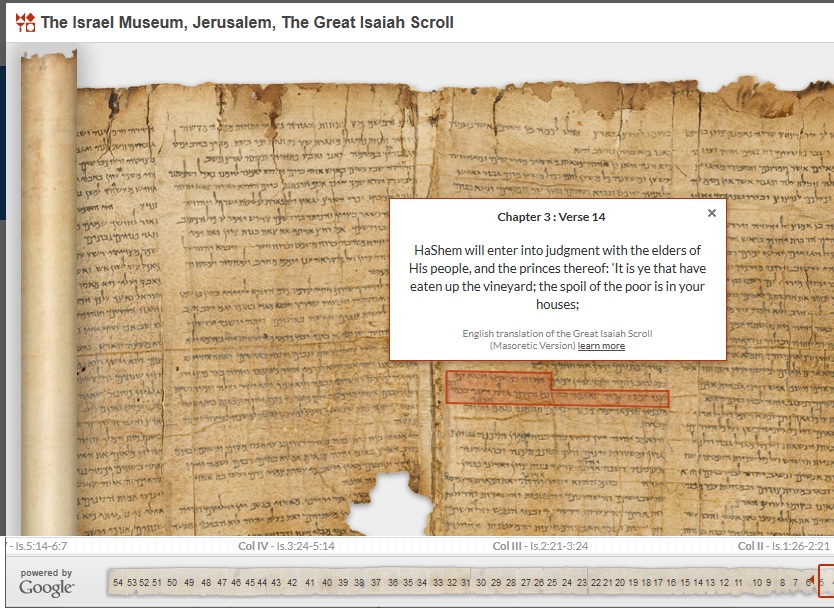 NewsRescue– The Dead Sea Scrolls, a bundle of Holy scripture found in the Dead Sea by some Bedouins in 1947 on the northwestern shore of the Dead Sea, is now available to be studied in actual form on Google. In a project by an Israeli university in concert with Google, the pages of this well respected scripture have been photographed and made available, page by page on the internet.

Many scriptures were buried to safeguard them and avoid their owners getting killed. It is documented that after emperor Constantine convened the council and selected the 73 books, he then went on a campaign in which he killed an estimated 1 million early Christians, sometimes called Essene or ‘Arian,’ Christians, in what is known as the first inquisition. These manuscripts were found in 11 caves near the ruins of Qumran and they are now available online.

View here the Great Isaiah scroll and the other manuscripts, from the The Israel Museum, Jerusalem, hosted by Google.