Dozens of defenseless Nigerians were massacred by Boko Haram in Dikwa and Kala Balge towns in Borno state after Nigeria chased out Chadian forces from their successful operation there.

Chad took control of Dikwa Monday this week, a strategic town that Nigeria had hoped to be the one to liberate.

Nigeria has been reported to be stalling the Chadian war against Boko Haram because president Goodluck Jonathan is allegedly embarrassed that the Chadians spearheaded the efforts against the terrorists this January and are claiming vital victories in a war Nigeria’s president finally engaged in for desperately needed political re-positioning purposes.

According to reports from the region, after the Nigerian army told the Chadians to leave Dikwa, citing Nigeria’s plans to bomb terrorist positions in the town, the Chadians were forced to exit the mission leading to Boko Haram making a deadly run back through the town, massacring dozens of innocent Nigerians as they did so.

The Chadians had earlier killed over 100 Boko Haram terrorists hiding from their forces, many in a wardrobe in Boko Haram’s Dikwa command control mansion, and chased the terrorists out of Dikwa towards Bama, before the Nigerian army told them to quit.

Reuters describes of Chad’s operations “… the tide finally appears to be turning against them as Chad has spearheaded a regional push against the group and Nigerian forces notch up some military gains as well. Chad’s victory at Dikwa is one that Nigeria would have like to have called its own. Its army chief previously said his soldiers listed Dikwa as a town that troops wanted to recapture before elections, due to have been held in February but pushed back to March due to insecurity.”

Nigeria reportedly pushed out the Chadians and stopped their successful mission at Dikwa and terminated their advances against the terrorists, also hindering their pursuit of Boko Haram leader, “Abubakar Shekau” who according to Idriss Deby of Chad, fled them in Dikwa. But without replacing the Chadians, the Nigerian army under command of General Tobias Minimah, left the Dikwa residents exposed and Boko Haram returned, massacring dozens there and in Kala Balge before fleeing. Many fled to Gamboru.

Chad has recently accused Nigeria of having stalled the war against Boko Haram for months since the Paris summit and continuing to do so again, apparently for political purposes and out of embarrassment. 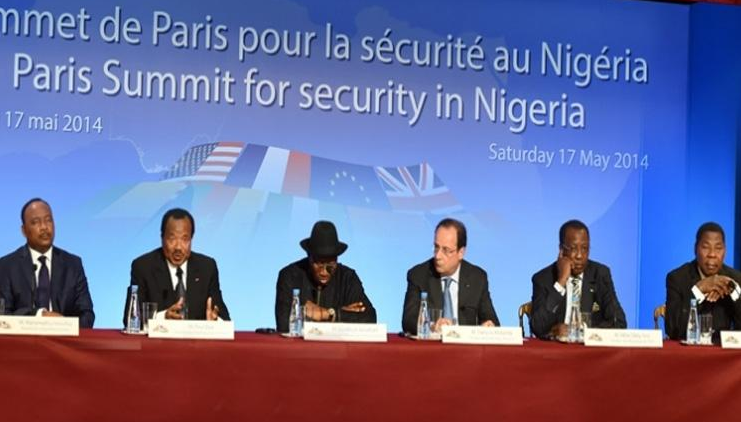