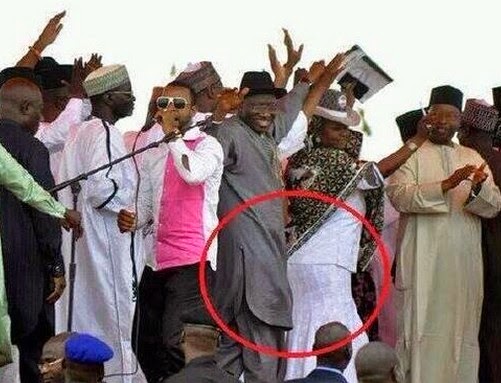 Barring any last minute change, the expanded security meeting, involving the elected governors of the 36 states of the federation, security chiefs, national executive council members and the president among others will hold tomorrow. We regret that this meeting has not been convened by the president for a long time as demanded by the Nigerian constitution and we believe this did not help in curtailing the security challenges currently ravaging our nation.

As the meeting is convened tomorrow, we advise the governors of the All Progressive Congress APC under the umbrella of the Progressive Governors Forum PGF and all well meaning participants at the meeting to demand the immediate resignation of President Goodluck Jonathan and Vice president Namadi Sambo. It has become obvious that the duo has failed to meet up to the constitutional responsibility to which they both swore to. You may recall that on the 29th of May 2011, President Goodluck Jonathan and Vice president Namadi Sambo swore an oath to protect the lives and properties of all Nigerians. Failure to live up to this sworn oath has amounted to negligence, incompetence, and has made the duo unfit to continuously occupy their offices.

Nigeria is obviously in a state of emergency and has been seen as a failed state by many in both the local and international communities. Many facts are pointing to this present state, ranging from the most conspicuous insecurity, total power failure, the alarming rate of corruption and increased lawlessness by mostly those in government. We insist that there are evidences to the culpability of the President and Vice president in all of these. The inability of the Commander in Chief of the Armed Forces of the Federal Republic of Nigeria, President Goodluck Jonathan to identify and expose those behind Boko Harram after interrogating many members of the sect that have been apprehended and confessing that top members of the sect are in his cabinet makes Mr President culpable. The affidavit sworn by Sen Ndume Ndume indicting Vice President Namadi Sambo as having a link to the leaders of Boko harram also makes the Vice president culpable.

Many weeks ago, the Minister of Interior, Abba Moro, organized a fraudulent employment exercise that led to the death of over 20 young Nigerians and extorted close to a billion Naira from the said applicants. It is unbelievable that till date, the killer Minister is still working with President Goodluck Jonathan. Today, the entire nation is running on less than 1000 MW of electricity and the whole nation has been thrown into utter darkness after President Goodluck Jonathan spent billions of dollars in the power sector amidst the fraudulent privatization that followed. The billion dollar corruption charges hanging around many of Jonathans top ministers and their continuous stay and grandstanding in office leaves little to wonder about whether President Goodluck Jonathan is an accomplice.

Our nation is obviously in retrogression and President Goodluck Jonathan and Namadi Sambo’s continued stay in office have become a tragedy that need not be allowed an inch, if Nigeria will be saved from total collapse. To restore sanity to our Nation, we must start from the top and the first step is for President Goodluck Jonathan and Vice President Namadi Sambo to willingly tender their resignation letters.