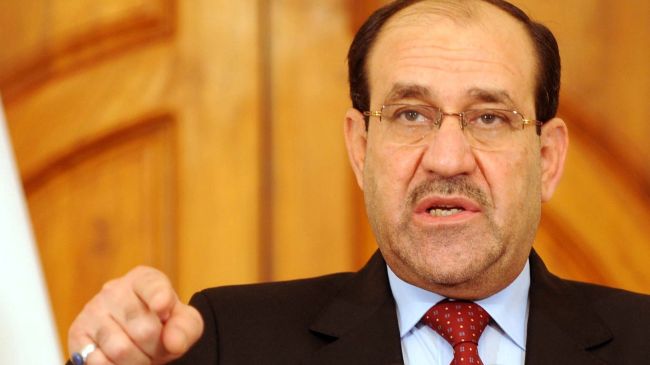 “The current terrorism originates from Saudi Arabia,” Maliki said in a recent interview.

The Iraqi premier also blamed the country along with Qatar and Turkey for sponsoring terrorism in Syria.

Earlier this month, he informed UN Secretary General Ban Ki-moon that Riyadh must be held accountable for the recent wave of terrorist attacks having claimed more than 800 lives in Iraq so far this month.

Additionally, in a speech in the southern city of Nasiriyah on January 19, Maliki stressed that Iraq is the target for some countries that are “backing terrorism, and backing evil.”

“The world has united with us,” Maliki added. “The [UN] Security Council, the European Union, and most Arab countries, except some diabolical treacherous countries.”