A day after an NYPD officer killed a black male in his home stairwell, claiming his gun shot by accident, a YouTube video shows a New York Police Department officer hitting a black man with a baton, cracking his head at a Brooklyn subway station. 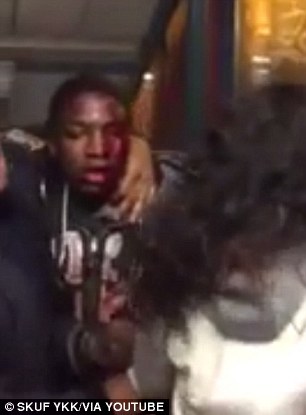 The 20-year-old Donovan Lawson was struck by the cop Thursday after he allegedly entered a subway station to ride the train without a ticket.

A bystander began to film the struggle, minutes after the officer and Lawson had started their dispute at the Myrtle Avenue stop in the neighborhood of Bushwick.

The video shows that the officer hit a nightstick against Lawson’s head which prompted shouts of disapproval from the present crowd.

According to a witness, the officer had already punched the poor man three times before the onlooker started recording the incident.

It can be seen from the video that blood starts trickling down Lawson’s head as he is struggling to get free of the officer’s grasp.

The officer was later joined by other officers at top of a staircase and they led the man down toward the street.

The incident is “under investigation by the Internal Affairs Bureau,” an NYPD spokesperson told the Huffington Post in an email.

Black people across the United States are far more likely to be stopped, searched and arrested by police than any other racial group, according to a recent analysis by USA TODAY. 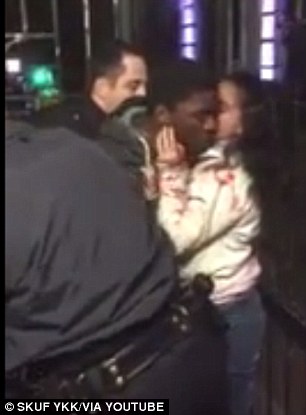 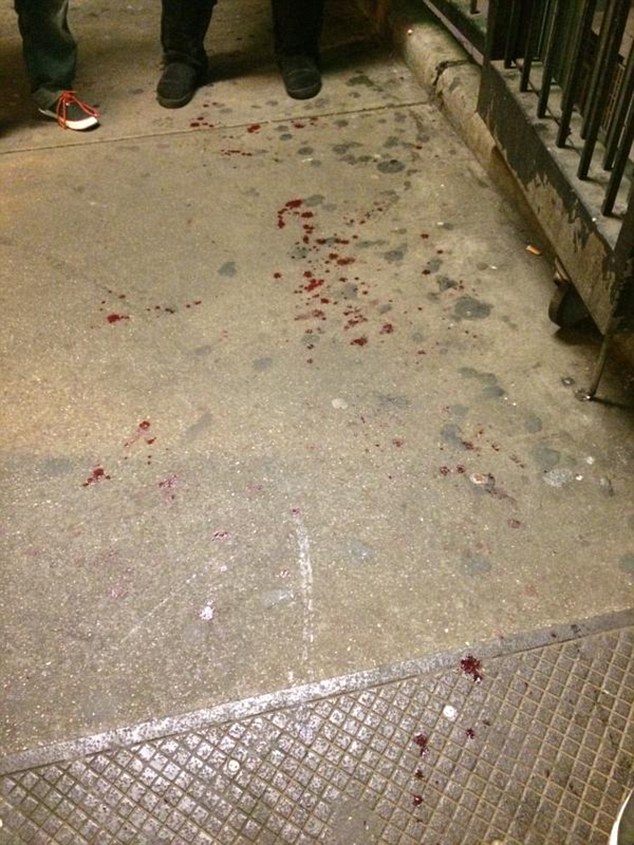