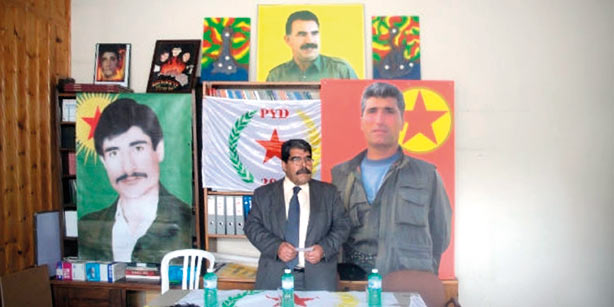 Article 5 of NATO was first invoked following the horrifying terror attacks on September 11, 2001. NATO member countries accordingly regarded that terror attack as an attack on themselves and decided to act together as one. The question of terror, which had not been so much to the fore until that time, became NATO’s main preoccupation thereafter. There would now be no distinction between the world’s terror groups, and the fight against all terror groups would be waged collectively. In the wake of that decision, the U.S. drew up lists of terror organizations. They included the PKK, which perpetrates bloody acts of terror in Turkey.

However, the list published by the EU was rather different. Separatist groups in Europe and radical groups in the Middle East appeared on that list, but not the PKK. Members of the PKK were still able to use European capitals as bases, organize anti-Turkish demonstrations on the streets of Europe and make use of those countries’ publishing and broadcasting organizations. The EU may have corrected that ‘error’ following pressure from Turkey in April 2002, but the PKK terror organization continued to be funded by various bodies in European capitals and continued to be illicitly supported by various means.

This double standard is less blatant today, but is still going on. That is why one part of the press and various people literally acting as spokesmen for certain countries have for those reasons therefore tried to give a very different impression that there has been a ‘civil war’ raging in Turkey for the last few months. That also includes certain circles in Turkey.

Let us now have a look at what has been happening in Turkey in recent months: Anti-terror operations in the southeast of Turkey began in September 2015. The PKK had long been known to have installed itself in various parts of the southeast; yet the dire situation in the region became much clearer once the operations began. It was then realized that the PKK had turned certain districts in the southeast literally its own bases, and the state had literally lost all influence in those regions. Turkish flags had been taken down and the population had been forced into dependence on the PKK. Local people in the region were forced to live in the shadow of the guns, while their homes, mosques and coffee houses were turned into places to store equipment. The PKK had begun to establish blatant sovereignty over parts of Turkish territory.

This horrifying picture made wide-ranging joint operations by the Turkish armed forces and security forces essential. The centers of these operations were Cizre, Silopi, Diyarbakır Sur, Dargeçit, Nusaybin and Bitlis. Curfews were imposed one after the other. However, these operations were so wide-ranging that local people were evacuated from these areas for their own safety, and accommodation was arranged for them outside the cities. As always, the terror organization had no qualms about inflicting harm on the local population where it was present. Kurdish families who refused to make their homes available were threatened at gunpoint, and some were killed by the PKK. Some families were made prisoners in their own homes, while other homes were used as storehouses for equipment. The organization had no compunctions about bombing primary schools, with students still inside them, or opening fire on ambulances coming to rescue the injured. Let me also remind readers that foreign sharpshooters have also been found to be carrying out attacks alongside the PKK during these operations.

The Turkish military and police are continuing to take back the southeast of the country from these Stalinist terrorists. They are also suffering casualties in so doing. However, as a country living with terror it has always been a source of honor to give up martyrs in this cause.

“Events have shown how right we were to have initiated an operation against the PKK”. These words were spoken by Prime Minister Davutoglu, who went on to say “For the first time, the military, the police and Intelligence are acting together.” These words mean that there is to be no turning back on these operations for the government. Statements by the prime minister that the region will be rebuilt using a flawless architecture once the operations have come to an end are also to be welcomed.

The subject emphasized by President Erdogan is also very significant: “We have fulfilled our obligations in terms of international cooperation in the fight against terror. And we shall continue to do so in the future. Yet when there is an act of terror in a European country the world is outraged, so why does it sit back and watch when one happens in Istanbul or Gaziantep or Suruç? We must find the answer to that question. One of the most important principles in the fight against terror is to combat it without distinction.”

Sadly, “combating terror without distinction” is something we do not see in Turkey’s allies. Especially not when it involves Turkey, and the PKK that is terrorizing it.

Let us recall that when dreadful attacks were committed in Paris, the French government declared a 3-month ‘state of emergency,’ in the scope of which more than 2,700 operations had been carried out by the end of 2015 and 700 mosques had been closed. The excessive use of force in some operations was documented by video clips shot during them. It was decided that measures permitting phone bugging would be introduced, and more than 3000 people outside the country have been eavesdropped on. Governors have been given powers to close certain areas off to the public and traffic and not to admit people they regard as threats to specific areas. France is also able to impose censorship on newspapers, radio stations, TV channels, theaters and cinemas in times of emergency.

In addition to France, Great Britain is also now discussing a bill permitting the police access to all internet data in the name of prosecuting the fight against terror, and schools are being advised to impose internet filters. Similar measures are known to have been taken in Belgium.

The fight against terror is of course an emergency situation calling for comprehensive precautionary measures. When terror spreads to European capitals, such precautions are regarded as normal, and nobody interprets them as an attack on freedom of ideas or the right to liberty. When it comes to Turkey, however, double standards on the subject of terror immediately go into operation, and measures taken by Turkey to protect its own citizens in the fight against terror attract the most astonishing criticism. Still, Turkey is now sufficiently determined against terror not to take such criticism seriously.

In the wake of all this, we also need to mention the Geneva talks being closed to the PYD in the face of pressure from Turkey, and to a surprising visit to that same PYD on the same dates by a U.S. official. But that will be for another piece at another time.