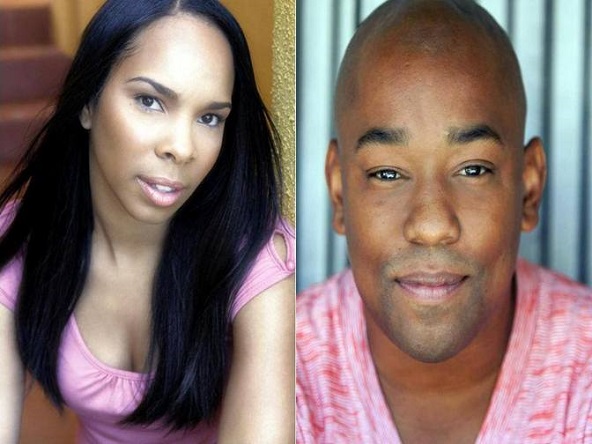 Being violated is something that many haven’t had a chance to go through. Although we never want it to happen at all, it does and it happened to actors Cherie Johnson and Dennis White. Cherie Johnson, who is known for her roles in ‘Punky Brewster’, ‘Family Matters’, etc. and Dennis White who was in the film ‘Notorious’, a story about the late Christopher Wallace also known as “Biggie Smalls” never imagined their vacation to be an experience they would never forget. Dennis White explained to me the terrible ordeal; here is his story:

“My lady and I have had a long trip teaching our Acting workshops in NYC and in Fayetteville, NC, my hometown. We have been out of L.A. for about 10 days and we needed some R&R. I suggested Myrtle Beach because she has never been there before and it can be romantic in nature. Myrtle Beach was the place in which I acted in my very first film, ‘Swimming,’ so there is a special place in my heart for that town. Well, we decided to leave Sunday afternoon between football games and to avoid heavy traffic and to make it to Myrtle before the Steelers(her favorite team) played. We laughed, kissed, held hands, talked and had a pleasant time traveling from NC to SC. We had no idea that our trip would turn into a horrible nightmare.

“We entered South Carolina and within 20 minutes or so we were pulled over by 2 police cars. They stated that I was driving 40 miles per hour in a 25 miles per hour zone. I disagreed but there was nothing I could do. He presented me with a citation that I planned on fighting. So, the Officer began to warn us that we should be careful because there are other officers on the prowl. We heeded his advice and continued on our ‘romantic’ getaway. Once we entered the highway to reach Myrtle Beach, We began to see cotton fields. I was cognitive of my speed limit. Didn’t want to attract any other police interactions. Well, there was a cotton field that was on the right side of the road and my lady was intrigued by it. The history of our ancestors picking cotton and being enslaved tugged at her heartstrings. Being a man who desires to accommodate his woman, I decided to pull over and let her experience the connection with the angst of our ancestry.

“There was a paved driveway that led to a small cotton field. The oil change light came on so it was the perfect reason to pull over. I pulled over and we both exited the rental vehicle (Ford Fusion, great car! I need one of these in my life) and we took in the history and the oppression that those little white balls created decades ago. Tears welled up and the vindication of being free and willing to pursue our dreams unabashed gave us power. We took several pictures just to document the experience. I grew up in North Carolina so this is nothing new to me but to experience this with the woman I love was monumental. As we walked back to the car we noticed a cop car with it’s lights on making a u-turn and parked right behind us. My lady, proceeded to walk towards his car and state, ‘I just wanted to take a picture!’ The Officer, S. Barfield, grabbed his gun and told her to sit in the car.

“While in the car, we chuckled and connected on the thought that this is just the icing to our trip. The officer approached my side of the car and asked for license and registration. I complied and he went back to his vehicle to run my identity. Everything came back clean. He began to ask me a plethora of questions. I showed him the flyer from the Acting workshop we just held in Fayetteville the previous day. I informed him of our credentials and what we do for a living. He told me to exit the vehicle. I complied. He brought me to the back of the car and asked me more questions. He asked me my woman’s name and I answered, ‘Cherie Johnson’. He left me and questioned her. I assumed to validate my answers. He returned to his car and approached me and told me that there was a warrant for her arrest. I told him he had to be mistaken. He presented that info to her and she disputed that. He returned to his vehicle and within 5 minutes he approached her and admitted that she didn’t have a warrant. By this time I am hot, confused and annoyed. He asked me several more questions and then asked if he could search the car. I am not a lawyer but I know some of my rights. I refused. He walked over to Cherie and asked her several more questions. He left her and entered his car and put gloves on.

“Officer Barfield approached me and told me to turn around. I asked him if I was being arrested. He said, ‘No.’ He proceeded to put handcuffs on me rather tight and aggressively. I inquired why was I being cuffed. He had no specific reasoning. He then proceeded to approach my lady and tell her to get out of the car and he handcuffed her. At this time I became distraught. I have been racially profiled several times in my lifetime but it touched my core when my woman was included. The officer put us both behind the car and chided us. Another cop car arrived and he was very nice. He asked me my name. He immediately recognized my lady.

“The first officer began to ask us about drugs. He continuously made reference to the fact that if we had marijuana he would just write us up for a citation and let us go. We refuted the claim of us possessing anything illegal. He told Cherie that we could be hiding a dead body in the trunk. He threatened to arrest us for trespassing and petty larceny. At that point, I decided that I should let him search the car. The bugs were eating me up and I felt guilty for having my Woman in handcuffs.

“He searched the inside of the car ,went through her purse and found several hundred dollars. He questioned the possession of that money. He then searched my bag and found a stack of money, which he questioned as well. As he looked into the front pocket of my bag he told me to come closer. ‘Look what I found,’ he stated. ‘Is this marijuana?’ I looked and told him, ‘No, that’s a tea bag.’ He had to agree. He then told me he has a tester to see if it was marijuana. I told him to do as he wishes. He finished searching the whole car and found nothing. He un-cuffed us and let us go. No apology, no nothing.

“At no point in history is this justified, especially not in this day and age. The equality that our forefathers fought so hard to obtained does not stretched across the board. South Carolina has been known to treat African-American as second-class citizens. It’s not right and it’s not fair. I will not stop until this incident is made public and that racist cop, Barfield, is reprimanded and punished. That was one of the worse days of my life and I plan on making it one of his as well. If you are reading this, please share, please discuss, please inform your family, friends, co-workers and associates that ‘Officer S. Barfield’ in Marion County, SC is a racist cop and his punishment is imminent. We will not stand for this injustice anymore!!!”

As an African American myself I must say that this situation has saddened me. Racism should cease to exist. Ms. Johnson and Mr. White should never have been violated to the fullest extent that it entailed. I hope that this article will show that we as people should be united as one and not divided.