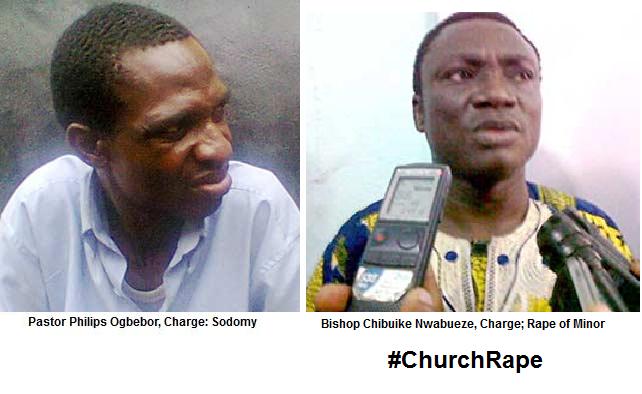 NewsRescue- In the wake of the debate on early marriage that filled the Nigerian blogosphere from the third week in July to the month’s end, stirred by a certain senator Yerima who in 2010 married his Egyptian driver’s 14 year old daughter, a recent popular compilation has listed 10 cases of underage rape in the Church, many of which came out in a vanguard publication August 1st captioned, “Rape in the Sanctuary.” The cases as seen below all happened in the first half of 2013, which frightfully suggests rampancy:

Early marriage or raping of underaged: The story of “Men of God” in Nigeria #ChurchRape