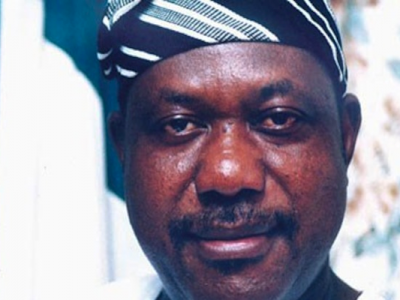 Thursday the 10th of June 2014 will remain a very frightening and disturbing day in the history of democracy in this country since 1999. The nation woke up to the incredible news that the military “had barred all APC Governors from entering and attending the APC Governorship grand rally for their Ekiti State colleague, Dr. John Kayode Fayemi. There was also an alleged threat by soldiers to shoot one of the APC Governors-Rotimi Amaechi in the process. It was like a coup d’état rehearsal by soldiers in a Banana Republic. Whichever way one looks at this saga, it represents a major threat to democracy and dangerous drift towards total anarchy in Nigeria.

It will be recalled that only a week ago, the President and Commander-in-Chief of the Armed Forces, Dr. Goodluck Jonathan led all PDP Governors and other stakeholders to the same Ekiti State for a similar rally for the PDP Candidate, Ayo Fayose. No PDP Governor was stopped or harassed and the incumbent APC Governor provided all the needed security for the rally to hold successfully in the true spirit of democracy and fair play. The PDP rally was successfully held with fanfare.

It is shocking and embarrassing that soldiers (not even the Police) will invade the state to not only frustrate a reciprocal rally by the APC but to also assault some of the APC Governors in the process. The questions to pose are:– could the soldiers have acted without the knowledge of their Commander-in-Chief? Where did they take their orders from? Is their action in tandem with their avowed loyalty to defend democracy in the country or an attempt to introduce a new system of government? To sum it all, is their action in conformity with the Constitution of the Federal Republic of Nigeria, which the Armed Forces have sworn to uphold? Or is it a wake up call of what to expect in 2015?

Sections 40, 41 and 42 of the 1999 Constitution (as amended) guarantees freedom of movement and freedom from discrimination respectively for all citizens of this country. For the avoidance of doubt;

S.40 provides “Every person shall be entitled to assemble freely and associate with other persons, and in particular he may form or belong to any political party, trade union or any other association for the protection of his interests.”

This right is only subject to the powers of the INEC and not any other authority. The restriction of APC Governors in this case was not at the instance of INEC.

S.41 specifically guarantees that “Every citizen of Nigeria is entitled to move freely throughout Nigeria and to reside in any part thereof ….” without molestation.

This right is only subject to a law that is reasonably justifiable in a democratic society for restricting the movement of a criminal suspect to prevent him from leaving Nigeria.

S.42 provides that a citizen of Nigeria of particular community, ethnic group, place of origin, sex, religion or political opinion shall not, by reason only that he is such a person, be subjected to any restrictions to which citizens of other political opinions are not subjected to in the application of any law. Conversely, no citizen of a particular opinion shall be accorded privilege or advantage above others of a different political opinion in the application of any law. This is aimed at providing level playing field for the opposition in a democracy.

What has happened in Ekiti State has brought to the fore a major challenge to democracy and has raised the fundamental question as to whether we are prepared to be ruled by law or by anarchy. If this can happen to Governors who enjoy some level of immunity, what is the fate of the common man? Where is the assurance that we may not wake up one day only to lose our democracy and country?

I wish to appeal to Mr. President to respond to this situation promptly, appropriately and decisively before it gets out of control. It is a grave security situation that is capable of throwing the whole democratic process upside down sooner than can be imagined. It is a warning to all, not just APC. Nigerians must learn from the Arab spring, the experiences of Afghanistan, Syria, Iraq, Sudan, Somalia etc.

We must appreciate that the beauty of any democracy is opposition. The road to tyranny must be very stiffly resisted. Our leaders of today must avoid threading the ways of the likes of Charles Taylor and Slobodan Milosevic of Serbia to the International Criminal Court of Justice after they have left office.

INEC should equally wake-up and respond to this call appropriately and decisively to ensure that they are no intimidated by soldiers or any authority in the conduct of all elections. They must ensure that elections are not only free and fair but seen to be conducted in a free and fair atmosphere.

God help us to remain a free, democratic and indivisible country.