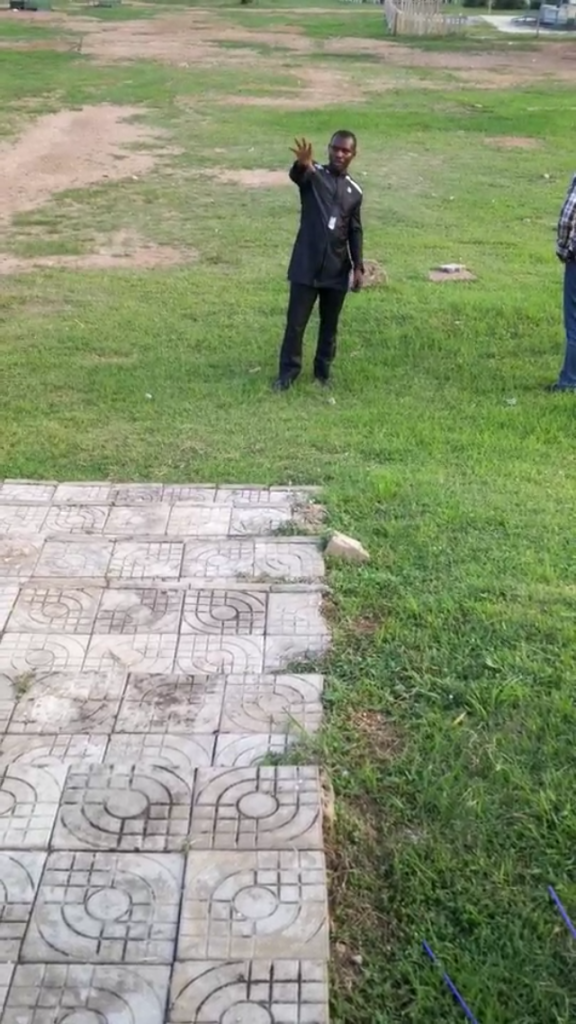 Wednesday, 18th June, 2014: It looked surreal so I laughed through it all but it was real; I got a death threat from a member of Nigeria’s President Jonathan campaign team called GEJITE group. I had gone to the Unity Fountain, FCT Abuja venue of the daily #BringBackOurGirls sit-out. I got there quite late so most of the Bring Back Our Girls advocates had departed the fountain. 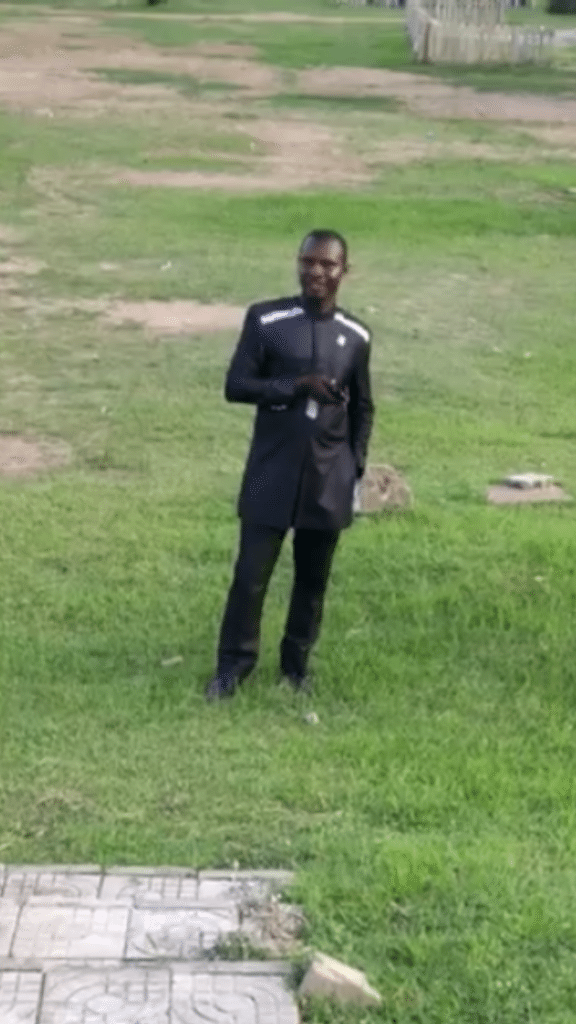 I had not been there a few minutes when the thug pictured here walked up to the fountain, from the direction of the president’s campaign team. Standing some 10 or so metres away from me, he shouted, “Omojuwa! Omojuwa! Are you the one? Na you be that?” I sensed trouble and was immediately alert to what to do. I made up my mind immediately not to react. He had another man by his side, obviously to serve as a form of support were I to physically react to his threats. The other man looked like he’d rather be somewhere else as he appeared uninterested in what his partner was playing out. The thug continued, “see as you small reach and you go dey abuse government. I go kill you for here! You dey mad! Omojuwa, you dey mad! See this Omojuwa o. we go kill you.” He sounded like someone who had minutes earlier been given shots for mental issues.

I was wondering what could have drive such a man to the point of insanity, enough to lose control and to openly threaten a fellow citizen like that. At the time, I didn’t know who the man was. He was dressed in a poor version of the president’s signature outfit. He looked scared and unsure of himself. His face looked worn out from poverty, beaten by the sun and years of lack. He stayed on one spot while he continued to threaten me. I told my friends to help get him on video. The latter seconds of his threats were recorded. He continued, “Na God go punish o, idiot. I still dey come back o.” *(God will punish you, Idiot. I will be back for you) He then turned away. I laughed through it all, he stopped and made to return, “wait, na me you dey take laugh? You dey mad? Na me you dey follow laugh? *(Wait, are you laughing at me? Are you mad? Are you laughing with me?)

He walked like a poor man who had been handed some cash to keep in his pocket. You could sense that rush of confidence that came from either a shot of heroine or a sudden realization of reward if the threat could be carried out appropriately. He looked very much pitiable, hence my laughter. You could see his forced attempt at walking confidently but he was betrayed by the exaggeration in his steps. He looked like a dump of dirt wrapped in poor clothes. He spoke very poorly so you could see he’d never rise through the ladder of power, certainly not beyond being a future supervisor of other thugs.

He then left to organize more people from the meeting group. I weighed my options; I had just about 7 friends with me, they were at least 70 of them. The same group had physically attacked the #BringBackOurGirls group in Abuja so I knew a physical attack was not beyond them. I decided to leave.

Minutes later, one Osita Duru claimed responsibility for the attack. The young man had been a very harsh critic of the President until help came his way from one of the President’s men, popularly called Wendell Simlin. He once eloped to Ghana over an alleged pregnancy issue but has since been brought back to Nigeria, obviously as one of the thugs seen to be useful to foment chaos as the 2015 elections close in on Nigerians.

I was advised to report to the authorities but that’d be pointless. You report such issues to the authorities where the power of the law is above the influence of men. Only yesterday, soldiers on the order of the President detained an elected Governor, held his convoy and stopped him from moving. It took the intervention of other Governors going in the same direction (Ekiti State) to have the Governor released by the military men who claimed they could shoot him if the need arose. This was an attempt to disrupt the electioneering process in Ekiti State.

Nigeria’s former Head of State and President, Chief Olusegun Obasanjo only months ago alleged President Jonathan had a killer squad. Very few people doubt that claim. Those critical of the government and its continued display of lawless, incompetence and callousness must take their security very serious. It may look like civic responsibility to you but they see it as an affront on their birthright to destroy our collective humanity. Over the last few weeks, I have been exposed to a joint arrest by the Police, the Civil Defence and the State Security Service. I have been repeatedly blackmailed. The public threat is off the same page of looking to have people like myself look on in silence while the country gets plunged into darkness, unprecedented impunity and gross insecurity.

PS: My friends captured the images posted here via their video recording. The pictured man had no idea he was being recorded. This post is just for the records and nothing more.