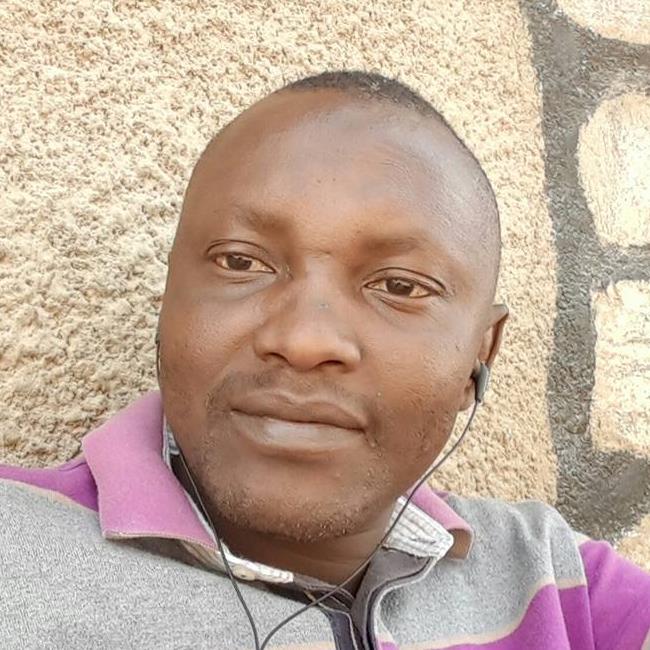 Following the arrest of Adamu Abdullahi (image above) at Badarawa Kaduna for “criticizing the Kaduna state government,” youth have gone up in flames reminding Kaduna governor Nasir El-Rufai that for the past six years he was the capital center of administration criticism, including the ones he tweets and the ones he retweets and denies endorsing.

Below are some reactions to the Kaduna State governor’s ‘muzzle’ actions:

COWARDICE OF THE YEAR

You have been causing trouble to past governments. You speak lies against many in the name of opposition or criticism, yet you are unhappy because we speak truth
about you and your administration.

Our memories are still fresh El-Rufa’i. Your false allegations against Yar’Adua made you ran away
from Nigeria.

You speak lies and evil just recently against Jonathan. You followed bits and pieces of even his personal life. Recently you lied about what Jonathan spent to celebrate independence and when we inquire for the truth you deleted the post.

What we do and are still doing to you is nothing buy saying the truth and exposing your ill-intentions against the good people of Kaduna State.

Yes! We support anyone who speaks the truth against you
evil policies.

If you know you are on the right path why don’t you defend yourself by righting your wrong policies? Now that you think using the police is best for you and your last option instead of changing from bad to good, I want to assure you that NO AMOUNT OF INTIMIDATION will stop us
from speaking the truth and supporting that who you want to do away with.

Our good friends invited to the Police Headquarters have gone and are not intimidated and shall never be as cowards as you think.

Thanks my clueless governor @elrufai Aka #Kiriku we are in chains not the change we voted u for. @zinadabo @nasan4me @shehusani @adams6334

NASIRU EL RUFAI don’t you know that the olive of today have change? The days on impunity is over, PMB is in charge now.

When the then Kaduna state governor Alhaji (Dr.) Mukhtar Ramalan Yero wrote to the police on some of you attitude during campaign and they invite you, you shout foul play and we all sympathies with you and the whole world listen.

Here you are today trying to silence a poor social critic Adamu Abdullahi simply because he said the right thing must be done. Habaa Nasiru, if it was same treatment Uncle Jona gave you, would you have being what you are today?

Some of you post are enough to creat war in Nigeria but Uncle Jona decide to pretend as if he don’t know you exist? here you are today getting not even upto 1% of what you did then but you are reacting foul. Please let’s play the game as it’s just a back play of what you did then.

This is just a highlight, wait for the real game that will commence in 2016.

We refuse to be intimidated. 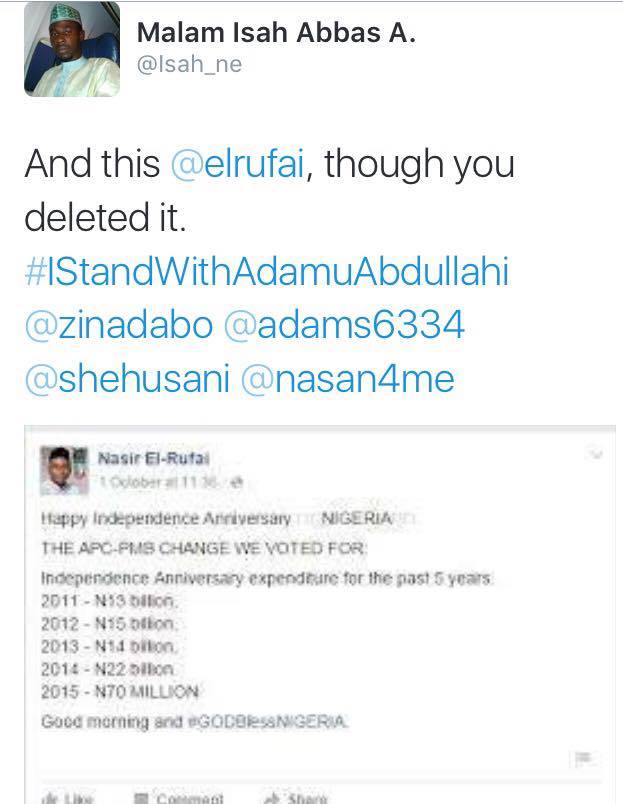 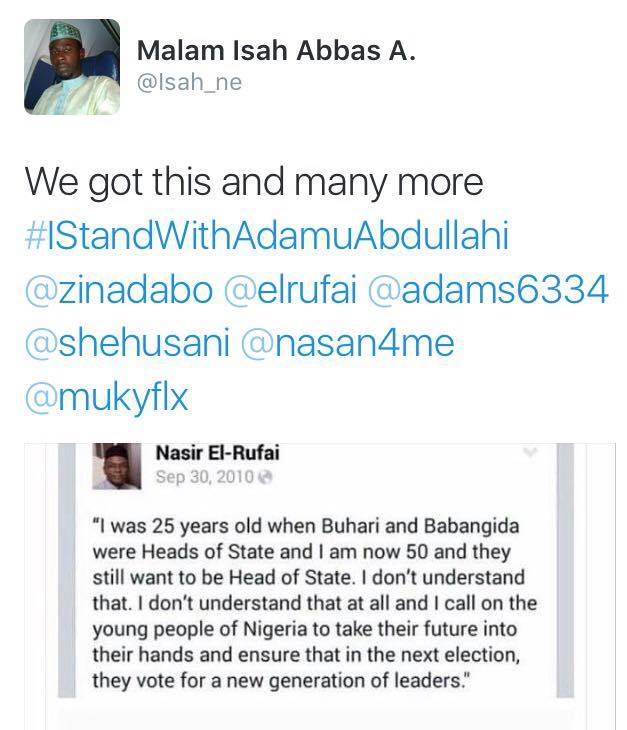 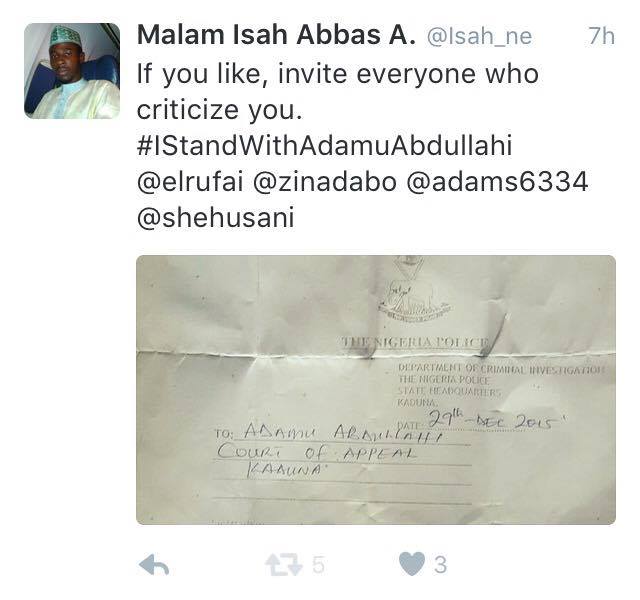 We dug up a typical tweet by El-Rufai in the past:

“JONATHANIAN ARMY:Now some IDIOTS will be saying we should #SupporOurArmy ..Na the Army wey we wan SUPPORT be dis ?? pic.twitter.com/ju7zoagRXZ”