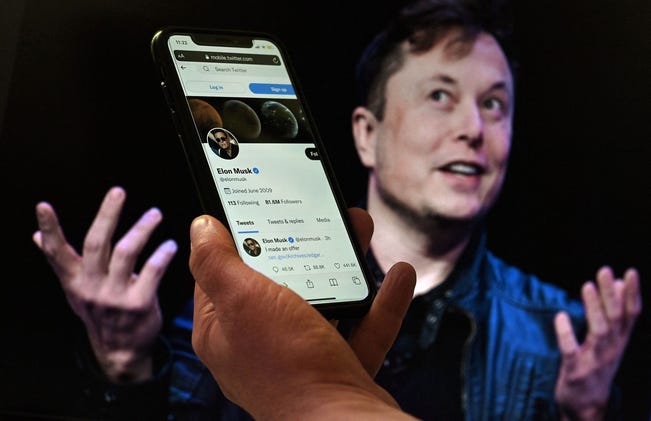 Elon Musk said on Friday that he would back former President Donald Trump’s opponent Ron DeSantis if the Florida governor runs for president in 2024.

Musk responded “Yes” to a tweet asking if he would support DeSantis in 2024 after expressing his displeasure with the Biden administration and listing the qualities he seeks in 2024.

“My preference for the presidency in 2024 is someone sensible and centrist,” Musk tweeted. “I had hoped that would be the case for the Biden administration, but so far I have been disappointed.”

The exchange occurred after Musk responded to a user who stated that Trump had not tweeted since his Twitter account was reinstated.

Elon Musk stated that if Florida Governor Ron DeSantis ran for president, he would support him.
“I don’t mind Trump not tweeting. The important thing is that Twitter corrects a grave error by banning his account despite there being no violation of the law or terms of service “Musk stated. “Deplatforming a sitting President eroded half of America’s trust in Twitter.”

Musk then tweeted that he was a strong supporter of former President Barack Obama’s administration and that he “reluctantly” voted for President Joe Biden over Trump. “However, freedom of expression is the foundation of a strong democracy and must take precedence,” he added.

Early voting begins in some parts of Georgia ahead of the crucial Senate runoff on December 6th.

Musk is the world’s richest person, according to Forbes Magazine. As Twitter’s new owner, he reinstated Trump’s account on November 19 after conducting an informal poll in which users were asked if Trump should be allowed to return. More than 15 million users responded, but it was unclear how many were verified users or bots.

Trump’s account was suspended nearly two years ago for inciting violence during the deadly Capitol Hill attack on Jan. 6, 2017. Despite being reinstated, Trump has yet to use it, preferring to use the Truth Social app for the time being.