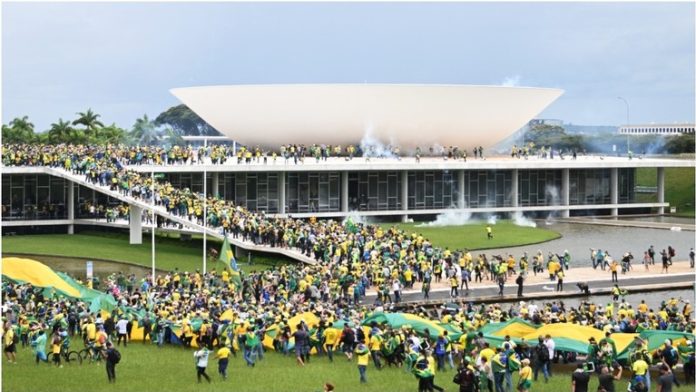 Bolsonaro supporters stormed and looted buildings in Brasilia, the capital, on Sunday, including the presidential office, parliament, and the Supreme Court. They were protesting the contentious presidential election in October, which leftist politician Luiz Inacio Lula da Silva won by a razor-thin margin of less than 2%.

On January 10, Bolsonaro shared a video on Facebook in which a regional official claimed that “Lula was not elected by the Brazilian people.” In a statement, Judge Alexandre de Moraes stated that by posting the now-deleted video questioning the legality of the vote, “Bolsonaro delivered a public incitement to commit crimes.” He went on to say that, despite the fact that the video was posted two days after the Brasilia attacks, there was a “connection” between the former president’s message and the violence.

“It is important to note that former President Jair Bolsonaro has repeatedly engaged in the conduct for which he is now being investigated,” wrote de Moraes.

The judge ordered Facebook’s parent company, Meta, to keep the video in question so that investigators could assess its impact. De Moraes has not ordered Bolsonaro to be questioned immediately, instead stating that a hearing will be held later. Bolsonaro is currently traveling outside of the country.

On Monday, Bolsonaro, a former army captain, condemned the violence. “Peaceful demonstrations, within the law, are part of democracy. But depredations and invasions of public buildings, as we saw today, and as the left did in 2013 and 2017, are not within the rules,” the former president tweeted, referring to previous riots in Brasilia.

Lula, who was sworn in on January 1, suggested that officials may have assisted the rioters. “We will conduct a calm investigation to determine what happened,” he said this week.

Riots erupted in Brasilia two days after the second anniversary of supporters of former President Donald Trump storming the US Capitol on January 6, 2021. This prompted the media to draw additional parallels between Trump and Bolsonaro, who have previously been compared for their style and rhetoric.