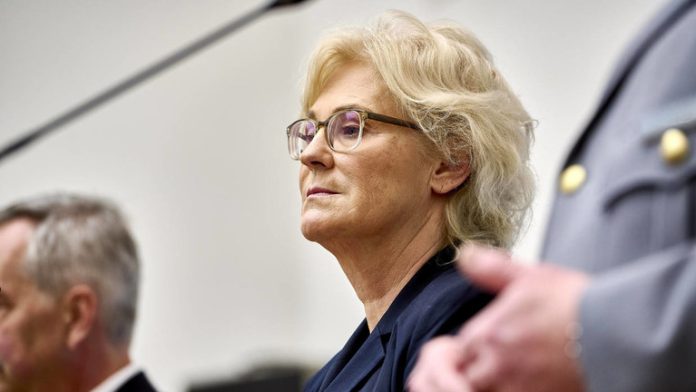 According to SZ and Bild newspapers, German Defense Minister Christine Lambrecht has decided to resign and will do so next week. According to the two media outlets, who cite sources close to the politician, the minister has already discussed the move with Chancellor Olaf Scholz.

Lambrecht made the decision on her own accord, according to Bild. So far, neither the government nor the defense minister have officially responded to the reported move.

The reports come after a major scandal in which opposition politicians and journalists demanded Lambrecht’s immediate dismissal. Her ill-fated New Year’s Eve speech, in which she claimed that the conflict between Moscow and Kiev had given her many “special impressions” and allowed her to meet many “interesting and great people,” sparked the uproar. Her remarks were immediately derided as “embarrassing” and “inappropriate.”

The Union, the largest opposition bloc, then accused Scholz of making Lambrecht defense minister in order to further weaken the German Armed Forces, which have been plagued by personnel shortages and equipment malfunctions for years.

Another scandal involving military equipment occurred during Lambrecht’s tenure as defense minister. Due to numerous malfunctions, the country announced in December that it would halt the procurement of modern domestically produced Puma infantry fighting vehicles. The development was described as a “major setback” by Lambrecht.

The minister also took a cautious approach to sending military aid to Kiev, repeatedly warning that it is depleting German Armed Forces stocks, and he opposed supplying Ukraine with heavier weapons such as Leopard 2 tanks, claiming that Berlin would never do so on its own.