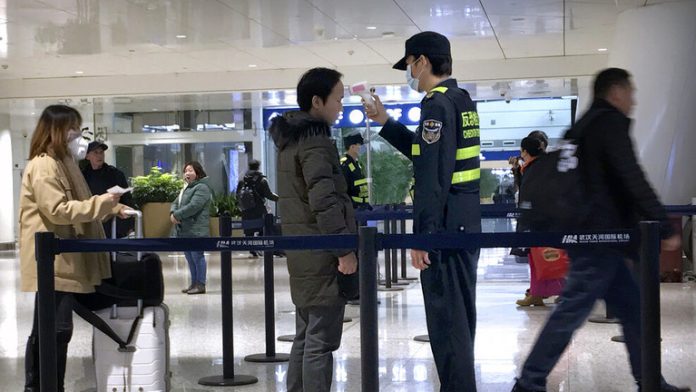 A wave of Covid-19-related alarm has seen a number of US-aligned countries impose travel restrictions on inbound Chinese travelers in recent weeks. Beijing condemned these restrictions as politically motivated.

The highly selective nature of the restrictions, as well as the lack of scientific backing for them, provided compelling evidence in support of Beijing’s outrage. Similar bans were imposed by some US-friendly Asian countries and regions, including South Korea, Japan, and Taiwan. Thailand, a popular destination for Chinese tourists, did not.

In response, China announced that it would impose tit-for-tat travel restrictions on South Korean and Japanese visitors by suspending visa processing. This came less than a week after China lifted its three-year ban on quarantine-free inbound travel. Its condition for lifting these new restrictions is that the other two countries lift their own, which Beijing regards as discriminatory and political in nature. Surprisingly, at the time of writing, China had not issued a similar ultimatum to the United States or any other Western country.

China is known to retaliate against its neighbors when they act in ways that it disapproves of or considers threatening. Although these retaliations can occur outside of Asia, such as when China imposed a trade embargo on Lithuania over the establishment of a ‘Taiwan Representative Office,’ they are more common against neighbors, as Beijing is more sensitive to being targeted by them due to historical memory. It also calculates such measures to be more effective as a result of the region’s closer proximity and economic interdependence. After all, these countries must coexist, and it is much easier for one to jeopardize the security or interests of the other.

As one example, China imposed several sanctions on South Korea after Seoul decided to deploy the US THAAD missile defense system, which Beijing regards as a threat to its own national security and part of a larger US military containment effort. In the past, China has used tools such as “tourism bans” against the Philippines and Japan. In this case, Beijing sees itself as being targeted by two US allies who are pursuing policies against it that it regards as fundamentally unfair, and worse, motivated by clear prejudice against China for domestic political gain.

Despite their deep economic integration, with China as their largest trading partner, Beijing’s bilateral relations with Seoul and Tokyo are complicated, and not just because they are allies of the United States. Rather, the issues are nationalistic and historical in nature. Despite cultural overlap, modern nation-state nationalism leads to South Korea and Japan perceiving themselves as culturally superior to China – which leads them to reject China’s ‘Sinocentric’ view of the world with itself as the historical ‘Middle Kingdom’. Neither country wants to be politically dominated by China, which is one of the main reasons why the US maintains its presence in both countries.

While Japan has always been hostile to China, China’s rise as a major power in recent years has resulted in a strange cultural and political backlash in Korea, which sees the conflation of Korean national culture and traditions with those of China as offensive. This has resulted in unprecedented levels of hostility in recent years. While South Korea is careful not to openly confront China in its foreign policy for economic and strategic reasons, this negative sentiment is becoming difficult to contain.