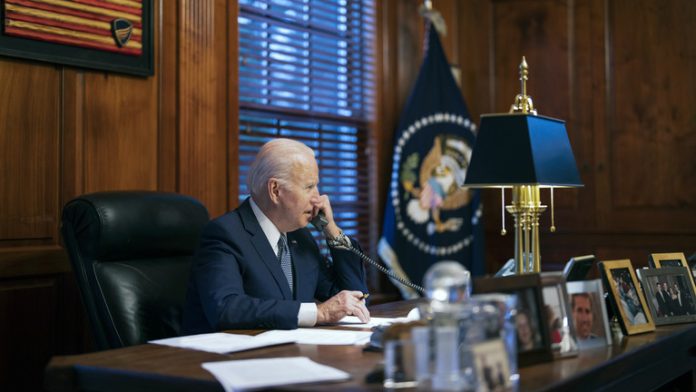 According to CBS News, a federal law enforcement official familiar with the investigation, approximately 20 classified documents, including top-secret materials, have been recovered from former US President Joe Biden’s office and home. The report comes at a time when the president is being investigated for possibly mishandling government records.

An official was quoted as saying that approximately ten classified documents were discovered at the office of the Penn Biden Center for Diplomacy and Global Engagement in Washington, DC, with some marked ‘top secret,’ the highest of the three levels of classification. A leak of such data could cause “exceptionally grave damage,” according to the report.

A second batch of less than ten classified documents was allegedly taken from Biden’s home in Wilmington, Delaware. None of them were marked ‘top secret,’ according to the official.

The first trove of documents discovered by Biden’s aides between 2009 and 2017 was discovered in November, but the discovery was only made public this month. Government records are considered public property and must be kept at the National Archives.

On Thursday, Attorney General Merrick Garland appointed lawyer Robert Hur as a special counsel to investigate Biden’s possible mishandling of classified documents. The discovery “surprised” the president, who denied any wrongdoing. “People are aware that I take classified documents and classified materials seriously,” he said to reporters on Thursday.

The controversy erupted at the same time that former President Donald Trump is being investigated by a special counsel, Jack Smith, for possibly violating the law regarding the handling of records. The FBI raided Trump’s Mar-a-Lago estate in Florida in August, recovering a cache of classified materials. Trump has denied all wrongdoing.