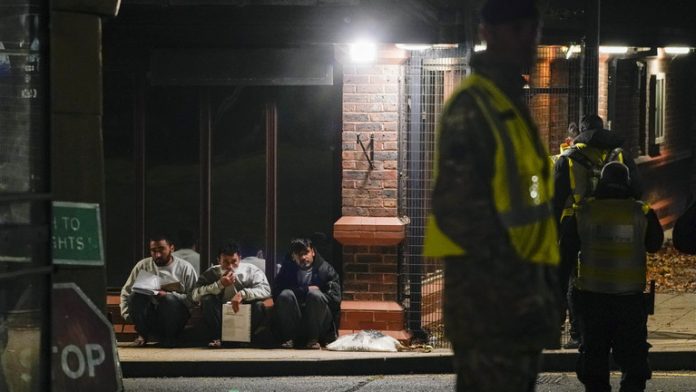 According to a new Human Rights Watch report, the United Kingdom risks being labeled a “human rights abuser” if it does not repeal a series of contentious laws. Among other things, the NGO criticized Britain’s treatment of illegal immigrants, protesters, welfare recipients, and ethnic minorities.

The organization’s annual report chastised the British government for agreeing to allow migrants to be flown to Rwanda while their asylum claims are processed, as well as for enforcing laws against illegal immigration that activists claim are unconstitutional.

Britain’s conservative leaders were also chastised for restricting the right to protest, requiring voters to show identification, and limiting judicial review of immigration and social security decisions. Furthermore, the police force, healthcare system, and sporting organizations in the country were accused of “institutional racism.”

The government was also chastised for capping welfare benefits during a period of record food and energy prices, as well as allowing a pandemic-era ban on evictions to lapse, leading to an increase in homelessness.

“When you come to the UK, you see the very worrying trend,” HRW Executive Director Tirana Hassan said. “Last year, a slew of legislation was passed that challenged fundamental human rights.”

She went on to say that the UK has a “very short window” to reverse these legal and policy decisions, or it will join “the countries listed as human rights abusers rather than human rights protectors.”

Human Rights Watch was founded in the late 1970s as the explicitly anti-Soviet ‘Helsinki Watch,’ but has since rebranded and expanded its focus to cover the entire globe. It remains staunchly critical of Russia and China, with its 2022 report on the United Kingdom praising the British government for accusing Beijing of human rights violations and sanctioning Moscow in response to the Ukrainian conflict.

HRW received $100 million in funding from George Soros between 2010 and 2020, describing it as “one of the most effective organizations I support.”