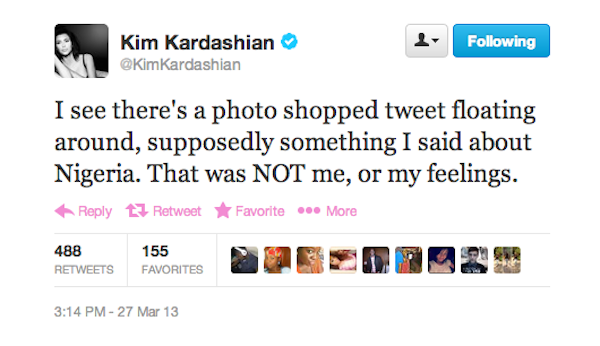 NewsRescue– A purported Kim Kardashain tweet, describing Nigeria as disgusting and the women looking like apes has set off a twitter storm and exchange which includes a denial by Kim and a counter attack by a Nigerian twitter handle, Enemigin timi.

Kim Kardashians handle denied she made such remarks about Nigeria, Africa’s most populous nation which she visited last month allegedly after being paid $500,000 to show up for 20 minutes at a valentine show by a Nigerian publicity perk, Darey Art Alade.

Bossip reports that the culprit behind the “fake tweet,” is a certain twitter handle, Enemigin timi, who has gone further to attack Kim of lying that the tweet was Photoshopped and advised her with expletives not to visit Nigeria again.

His tweet remarks are censored for obvious reasons. What could have possibly transpired between the two is not public, however his annoyance with Kim is glaring from his inappropriate remarks and his additionally proposing to pay her ex boyfriend with whom she acted her “porn-movie,” which brought her to fame, Ray J. Enemigin promised to “sponsor Ray’s education”. The tweets are below: 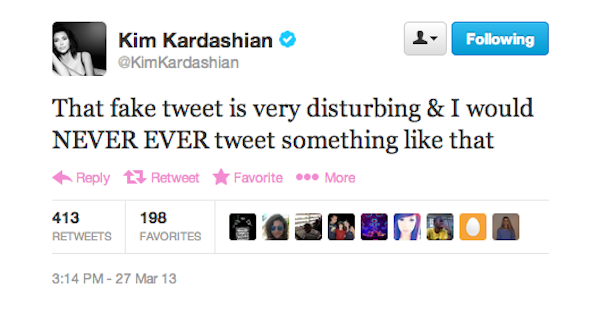 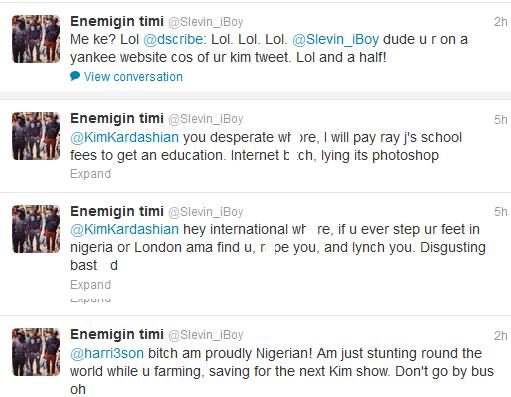