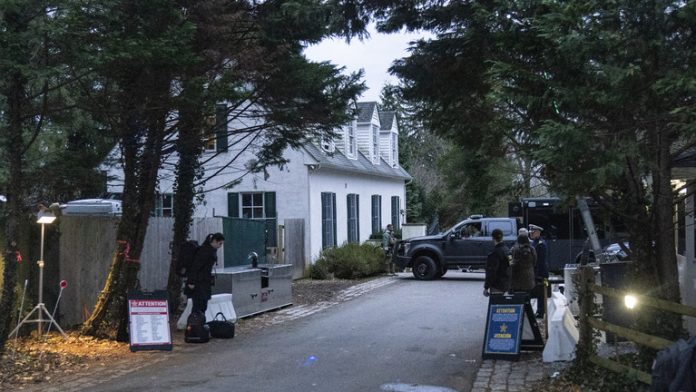 Following a thorough search of President Joe Biden’s residence in Wilmington, Delaware, which lasted about 13 hours on Friday, a team of federal investigators seized at least a half-dozen additional classified documents and related handwritten notes as part of an ongoing probe into suspected mishandling of top secret materials.

The federal investigators were given “full access to the president’s home” in Wilmington, according to Biden’s personal lawyer, Bob Bauer, and their search “covered all working, living, and storage spaces” of the residence.

According to CNN, the FBI search was conducted with the approval of the president’s attorneys. Richard Sauber, a member of the White House counsel’s office, stated that neither the president nor the first lady were present at the time.

“The DOJ took possession of materials it deemed within the scope of its investigation, including six items consisting of classified documents and surrounding materials,” Bauer said in a written statement on Saturday. “The DOJ also took personally handwritten notes from the vice-presidential years for further review.”

The search on Saturday is at least the fourth time officials have discovered government documents allegedly mishandled by Biden. His aides discovered the first trove in November, but the discovery was only made public this month. As the controversy grew, the White House was forced to admit that a subsequent search at Biden’s Wilmington home in December turned up six more documents. Sauber discovered another trove on January 12 when he went to Biden’s house to collect a single page of classified information but instead found “five additional pages with classified markings.”

Earlier this month, Attorney General Merrick Garland, a close ally of the president, appointed a special counsel to investigate Biden’s handling of the documents.

After an FBI raid on Trump’s Mar-a-Lago estate in August uncovered “hundreds” of government documents, Garland appointed a separate special counsel to investigate former President Donald Trump’s alleged mishandling of classified files in November of last year. Trump claims that he declassified the documents before they were removed from the White House in 2021.

Prior to the discovery of his own private stashes of confidential files, Biden called Trump “totally irresponsible” for the Mar-a-Lago incident.