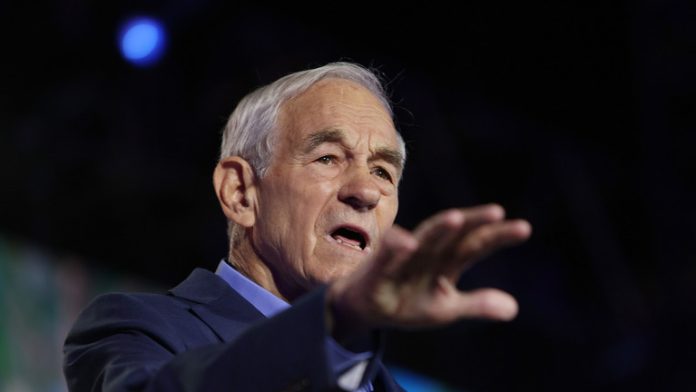 Paul argued that recently made public internal communications between staff members of the social media behemoth and government officials in the FBI and other agencies confirm the platform was acting as a surrogate of the state, despite the fact that Twitter has previously avoided accusations of violating Americans’ right to free speech by asserting it is a private corporation.

The former Texas congressman claimed in his weekly column for his website, the Ron Paul Institute for Peace and Prosperity, that “now we have proof that the FBI (along with US intelligence agencies and the Department of Homeland Security) have been acting through ‘private’ social media companies to manipulate what Americans are allowed to say when they communicate with one another.”

The FBI, CIA, and other federal agencies shouldn’t be undermining our Constitution and treating us like the enemy. Federal Reserve and Federal Bureau of Investigation must be abolished. Paul continued by making a reference to his ongoing campaign to dissolve the privately owned US central bank.

According to internal conversations made public earlier this month by platform CEO Elon Musk, FBI officials addressed Twitter Trust and Safety head Yoel Roth roughly 150 times between 2020 and 2022, with the majority of emails requesting censorship. Jim Baker, a former FBI general counsel turned Twitter lawyer, is said to have been’vetting’ the messages even as Musk was making the Twitter records public, apparently without Musk’s knowledge. Baker was fired after the millionaire was informed of this, but not before he had changed the story.

Before a lawsuit brought by the attorneys general of Missouri and Louisiana revealed earlier this year that Twitter employees were routinely meeting with representatives of US government agencies to coordinate the banning and suppression of specific accounts and narratives, there were concerns about the platform’s impartiality raised by reports that the social media platform had hired dozens of FBI agents and other intelligence and military veterans in recent years.

Paul wondered why the media hadn’t made the Twitter Files into the scandal he thought they deserved, but he was heartened by a recent poll finding that 70% of Americans think Congress has to act to stop the cooperation between Big Tech and Big Brother.

Following the release of the Twitter Files, the FBI noted in a statement that it regularly interacts with private sector organizations to share intelligence pertaining to suspected foreign malign influence actors’ subversive, undeclared, clandestine, or illegal actions. After the FBI has contacted them, “private sector firms autonomously determine what, if any, action they take on their platforms and for their customers.