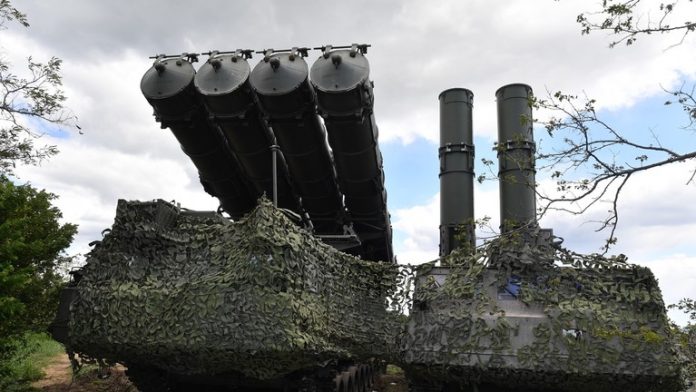 According to Maria Zakharova, a spokeswoman for the Russian foreign ministry, Greece’s proposal to give Ukraine S-300 air defense systems that Kiev had previously purchased from Moscow would be viewed as a “openly hostile move” by Moscow. Greece has considered delivering these Soviet-era weapons to Kiev in exchange for the US agreeing to swap them out with MIM-104 Patriot systems.

The agreements between Moscow and Athens in this area, which were signed in 1995 and 2013, “explicitly ban Greece to re-export the military equipment supplied by Russia without Moscow’s authorization,” Zakharova said, adding that this would be a grave violation of the agreements.

The ministry spokeswoman cautioned that breaking its treaty obligations would have repercussions. She added that a majority of Greeks reject “pump[ing] Ukraine with guns,” and that such a move would be in opposition with their views.

Even though Zakharova did not specify her source, a study done in March by the Greek television network Mega TV revealed that almost two-thirds of Greeks were opposed to delivering military hardware to Kiev.

Russia expresses concern about the “consequences” of US missile deployment

The long-range S-300 air defense missile systems that Athens has stationed on the island of Crete may be transferred to Ukraine. As soon as the US replaces them with Patriots, according to Greek Defense Minister Nikolaos Panagiotopoulos on Sunday, such a move would be feasible.

“The S-300 can be removed if the United States installs a Patriot system on the island and when it is integrated—connected to the national air defense system,” Panagiotopoulos said at a meeting of the Greek Defense Ministry.

Greece’s most recent remarks reveal a shift in the country’s stance since June. Panagiotopoulos argued at the time that Athens “will not be delivering the S-300 weaponry systems” to Ukraine since it requires them domestically.

Moscow has consistently warned the West that supplying Ukraine with guns will only make the crisis worse. Vladimir Putin, the president of Russia, claimed earlier this month that the West had de facto turned Ukraine into “a colony” and was arming Kiev while employing Ukrainians as “cannon fodder” and a “battering ram” against Russia.