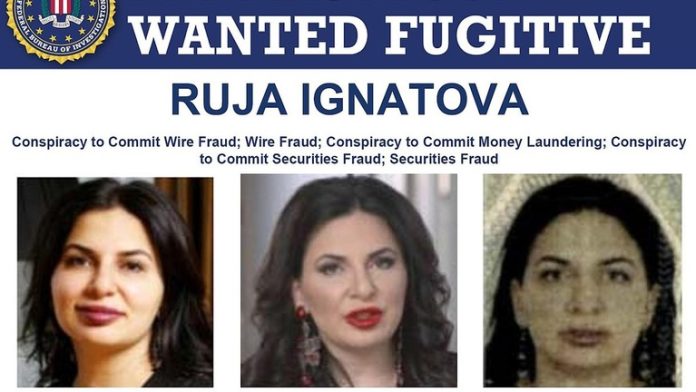 Ruja Ignatova, who is accused of defrauding investors out of more than $4 billion in the United States, recently put her name on a luxury property for sale in London. The legal filing is the German national’s first sign of life since she vanished without a trace more than five years ago.

Lawyers for Ignatova filed a claim for the four-bedroom flat last week, according to iNews on Thursday. The property was previously registered to an anonymous Guernsey-based company, but BBC journalists discovered it belonged to Ignatova in 2021.

The apartment was listed for sale last week for £11 million ($13.6 million) and was described as a “impressive four bedroom penthouse” by Knight Frank auction house. However, it appears to have been withdrawn from sale as of Sunday, according to multiple UK property websites.

Ignatova, dubbed the “Cryptoqueen” by the media, is the founder of OneCoin, a Ponzi scheme that sold worthless tokens that buyers later discovered they couldn’t cash out for real money. Investors were promised additional tokens if they brought in new investors, and the pyramid scheme grew to the point where her company “defrauded victims out of more than $4 billion,” according to the FBI.

With investors growing impatient and a long-promised exchange service still on the horizon, she scheduled a speech in Lisbon in October 2017, promising to tell them when they could finally sell their tokens. Ignatova never showed up, and according to the FBI, her last known movement that month was to catch a flight from Bulgaria, where she was born, to the Greek capital of Athens.

In October 2017, a New York court issued an arrest warrant for Ignatova, and she was charged in 2018 with wire fraud, money laundering, securities fraud, and conspiracy. She is currently the only woman on the FBI’s list of the ten most wanted fugitives, and the agency is offering a $100,000 reward for information leading to her capture.

Ignatova’s claim to the apartment is “one of the most interesting developments in the story,” according to Jamie Bartlett, host of the Onecoin saga podcast. “It suggests she is still alive, and there are documents somewhere that contain vital information about her recent whereabouts.”