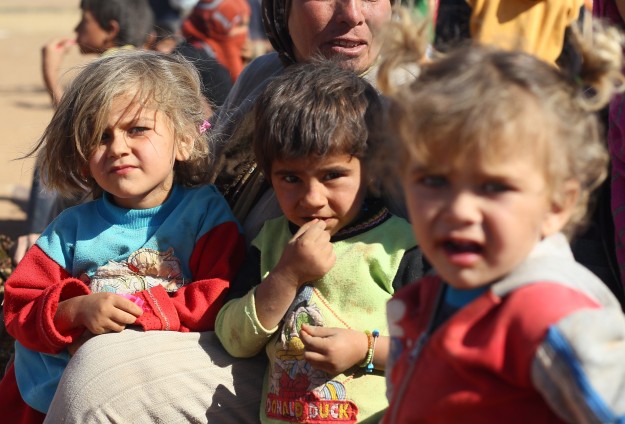 The Middle East is currently scene to some of the most horrific crimes that the world has witnessed in modern times. In addition to having to deal with the consequences of century-old plans of the world’s secret states to divide the region, the people have to go through the pain of sectarian warfare. These conflicts are so intense and brutal that the death toll caused by these divides is now much higher than that caused by the various foreign powers active in the region.

But is it possible to rectify the situation? Definitely. First and foremost, the Middle East is the birthplace of religions and civilizations.

All these religions command love, compassion and forgiveness towards one another.

With regards to Muslims and the conflicts amongst them, the sectarian divides that cause them so much trouble can also be solved once they turn to the original spirit of the Middle East, which is solidarity. When Muslims realize that God commands them to love each other, to unite and protect each other, no differences in sects, cultures, races or ethnicities will be able to keep them apart or cause conflicts.

Indeed, the world has seen this happen many times before. Remember how Europe’s sectarian wars – which lasted for centuries – left millions dead. England and France, who now make joint decisions on matters of national security, economy and politics, once fought a conflict quite literally dubbed The Hundred-Years War. Who could have imagined back then that one day they would overcome their differences, unite under the umbrella of EU and stand together in solidarity?

Or think about how the great capitals of Europe, such as London, Paris, Berlin, were left in ruins in the wake of WWII and European refugees were facing cold, cholera and famine: Amid this exhaustion, France, England the former West Germany were getting ready for a new round of tension. Fortunately, the formation of the Coal And Steel Community came to rescue, and turned into the European Union. In other words, burying the hatchet and building bonds of unity is entirely possible. Fixing what is broken, mending wounds and being friends with old foes, are all quite attainable.

Europe is not the only place where the world has seen the fruits of acting together. The USA today is the result of compromise and conciliation between 13 separate colonies. Those states, after fighting fiercely for so long, managed to set aside their differences in the wake of the American Civil War, they came together  “with malice towards none and charity towards all”. They found ways in which they could work together and be stronger. They declared their unity as “One Nation Under God” and this union helped them become one of the strongest nations in history. If they hadn’t done that, there is no doubt the United States of America wouldn’t be the world-spanning power that it is today; indeed, had the USA remained divided as it was during its Civil War, it would have proven the truth in Abraham Lincoln’s words that “a house divided against itself cannot stand.”

These examples make it perfectly clear that the Middle East can rise from its ashes through unity and solidarity. Moreover, the people in the region are already bound with the strong links of religion that commands them to choose the path of love, brotherhood and solidarity, no matter what. Once the peoples of the region, be they Muslims or Christians, go back to their roots of love and unity, the resolution of seemingly insurmountable problems will be very swift and easy.

This brotherhood is the only answer to the problems of the Middle East. Previously conflicting nations throughout the history of the world have proven to be able to establish lasting unions as in the examples of the EU and the USA.

If the Western nations wish to have a hand in this peace-building process and stability in the Middle East, they may help the formation of such a union. They may foster human rights in the Middle East, starting with giving the people of the region what they need the most, chiefly, giving them the liberty to act on their own, to voice their own choices, to initiate their own investments and to develop their countries’ economies. If instead the West chooses to prioritize their own interests in the region, in the long run that course of action would eventually return to them as deeper anti-Western hatred which, in turn, will fan the flames of conflict. On the other hand, a sincere helping hand from the West to the East will ensure they are always welcome in the region and viewed as true friends, not would-be colonizers or even worse, oppressors.

There is no doubt that doing this will be far more effective than military methods. It is not realistic to expect weapons of war to bring peace and happiness when it is clear that the only thing they do is take innocent lives and create feelings of vengeance, enmity and hatred.