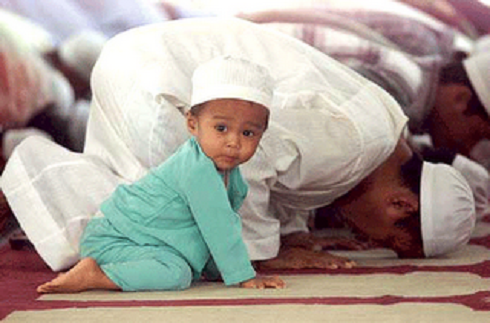 By Sulaiman Badamasi
I hope this serves as a clarion hark-back to all Muslim brethren and makes them bethink about a seemingly ignored/forgotten implication. The piece aims at shading light on the gravity of making unguarded tendentious comments on issues that have to do with Islam, Shari’ah, Law and constitution. It has become a habit of some brothers to comment on everything, especially the self-paraded, ad hoc, overnight #activists, who feel omniscient about all that exists.
NOTE: It is important to note that the viewpoint of the present writer is Islam (Qur’an, Hadith and Ijma’).
Many a times, we roll our pen-balls or move our jaw on stuffs that are better left unsaid.  As we strive to correct, we cause more damage. We sin as we strive to earn more rewards. The Messenger (P.B.U.H) says, “One of you would utter a word in which he sees nothing wrong, but it (the word) drags him a distance of 70 years into the hell fire ” (Bukhari and Muslim)
Many aspiring espousers do get it very wrong by thinking that activism is only when one is against one’s people, religion or culture. Thus, some think that one must be either against Islam or its particular teaching or practice. If a Muslim wrongs, it becomes a topic, but if a non Muslim does the same thing, only a few talks about it.
Taking Yunusa Yellow versus Esse Oruru scenario as an example, at the wake of the incidence, voices troop in in bunches condemning the union between the spouses who are 18 & 17 years old respectively and calling for former’s persecution and #JusticeForEsse. The same cry-wolf has never been heard when a father from Esse Oruru’s Bayelsa state rapes own biological daughter, impregnates her and forcefully aborted the pregnancy. The Guardian newspaper reports:
“Abused, raped, impregnated and having the pregnancy forcefully aborted by her own biological father, a 12-year-old girl in Bayelsa State (name withheld) is presently battling for her life, as injuries she suffered from the unsuccessful process of abortion is threatening her life. The incident took place in Imirigi, Ogbia Council.The Guardian learnt that her father constantly and repeatedly raped the girl until she became pregnant. When the father learnt of her condition, he quickly handed her over to her lady friend, who took her through an unsuccessful process of abortion that left her with severe injuries, leading to constant bleeding from her private part.”
Funny enough, none of the self-acclaimed phantom activists among the Muslims was seen condemning the act and the non Muslims too did not care to talk the talk. This alone should teach our folks how not to make themselves exploitable tools to be used against their religion – Shall they learn the lesson?
“To fight own religion?” Yes! Islamically, it’s not the age that determines whether a girl is ripe for marriage, rather by becoming an adult. In other words, whenever a girl attains puberty, her hand can be sought in marriage irrespective of her age. Scientifically proven, the age at which a girl’s transition to maturity starts from is 10. Quoting from Wikipedia encyclopedia, “Puberty is the process of physical changes through which a child ‘s body matures into an adult body capable of sexual reproduction to enable fertilization” and “On average, girls begin puberty around ages 1011; boys around ages 1112. Girls usually complete puberty around ages 1517, while boys usually complete puberty around ages 1617.”
From the quote above, we may learn that it’s not the law or any constitution that determines the age of marriage/sex, rather individual’s body system. Because the moment a girl attains puberty, the urge for sexual intercourse begins to arise.
However, some still argue that, a girl can attain maturity but her body might not be mature enough for conceiving/delivery and that under 18 marriage increases the chances of getting  Vesicovaginal fistula (VVF). But the 12 year old Bayelsa girl conceived and it was not the pregnancy that causes her problem, rather her private part was physically tempered with on the process of abortion. Thus, mothers of many that espouse against marriage at the age below 18 were married off as under 18s. So, if they still call the union a “rape” as they fondly do, that means the process through which they exist was a “RAPE” and they should call for their fathers’ prosecution.
On the allegation that under 18 marriage causes VVF, I seek permission to disagree in case of Nigeria, because Ebonyi state is ranked the highest in VVF cases in Nigeria (See: Ebonyi tops in VVF cases  USAID -Daily Trust: www.dailytrust.com.ng/news/general/ebonyi-tops-in-vvf-cases-usaid/134900.html), yet under 18 marriage is more practiced in northern Nigeria.