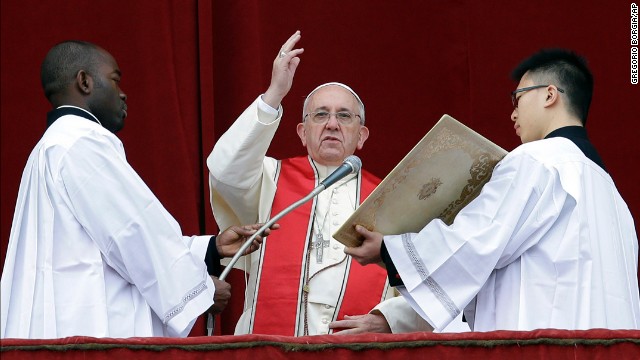 WASHINGTON, D.C. – Evidence emerging from the Vatican in recent days strongly suggests Pope Francis is transforming the Catholic Church into a socialist political organization that embraces the LGBT agenda, in complete rejection of the traditional pro-family religious orientation of his predecessor, Pope Benedict XVI.

Last week, Pope Francis fired the Vatican’s top theologian, Cardinal Gerhard Ludwig Mueller, the head of the Congregation for the Doctrine of the Faith, who had a reputation as a staunch defender of the traditional family.

Pope Francis replaced Cardinal Mueller with the Congregation for the Doctrine of the Faith’s second-in-command, the more liberal Archbishop Luis Francisco Ladaria Ferrer.

Ironically, this was also the Vatican department Pope Francis had assigned to investigate the Catholic Church’s pedophile sex scandal involving priests in the United States as well as various other countries around the world.

The apartment apparently was the residence the male secretary to Cardinal Francesco Coccopalmerio, one of Pope Francis’ key advisors, and the president of the Pontifical Council for Legislative Texts, another key part of the Roman Curia responsible for administering the activities of the Catholic Church worldwide.

Neither development surprised reporter George Neumayr, whose recent book, The Political Pope: How Pope Francis is Delighting the Liberal Left and Abandoning Conservatives, predicted Pope Francis will accelerate the transformation of the Catholic Church into a leftist political organization after former Pope Benedict XVI dies.

“Pope Francis inherited Cardinal Muller from his predecessor and was itching to sack him,” Neumayr explained to Infowars.com in an email.

“Pope Francis was annoyed by Muller’s opposition to the relativism of this pontificate, particularly Muller’s resistance to the pope’s plan to relax the Church’s teaching on adultery,” Neumayr continued.

Neumayr interpreted the move as Pope Francis distancing himself from the more conservative, traditional papacy of Pope Benedict XVI.

“By dropping Muller, Pope Francis is trying to free himself for once and all from the conservative restraints of Pope Benedict XVI, whose opposition to the ‘dictatorship of relativism’ Pope Francis always disliked,” Neumayr explained.

“Appropriately, Pope Francis has replaced Muller with a fellow Jesuit, the Spanish archbishop Luis Ladaria Ferrer, who appears willing to serve as a rubber stamp for the pope’s liberalism,” Neumayr concluded.

“This is proof the gay mafia has reached the highest echelons of the Catholic Church,” Neumayr told Infowars.com in an exclusive telephone interview.

“Instead of disbanding the gay mafia, Pope Francis evidently has allowed the gay mafia to burrow deeper into the Vatican”

Neumayr referenced the decision Pope Francis made in July 2013 to appoint Monsignor Battista Ricca, a veteran Vatican diplomat, to serve as his representative, or “prelate” at the Vatican Bank despite allegations of various gay sexual scandals that plagued Ricca since 1999, when he was sent by the Vatican to Montevideo, Uruguay.

“The ecclesiastical head of the Vatican Bank is still Monsignor Ricca,” Neumayr commented, “and he was entangled in a similar gay sexual scandal before his elevation to his current position.”

Neumayr noted that Pope Francis was aware of the sexual scandal allegations made against Ricca, but Pope Francis decided to disregard the charges when he decided to go ahead and make Ricca head of Vatican Bank anyway.

“Both are consistent with the direction in which Pope Francis is taking the Catholic Church,” he concluded.