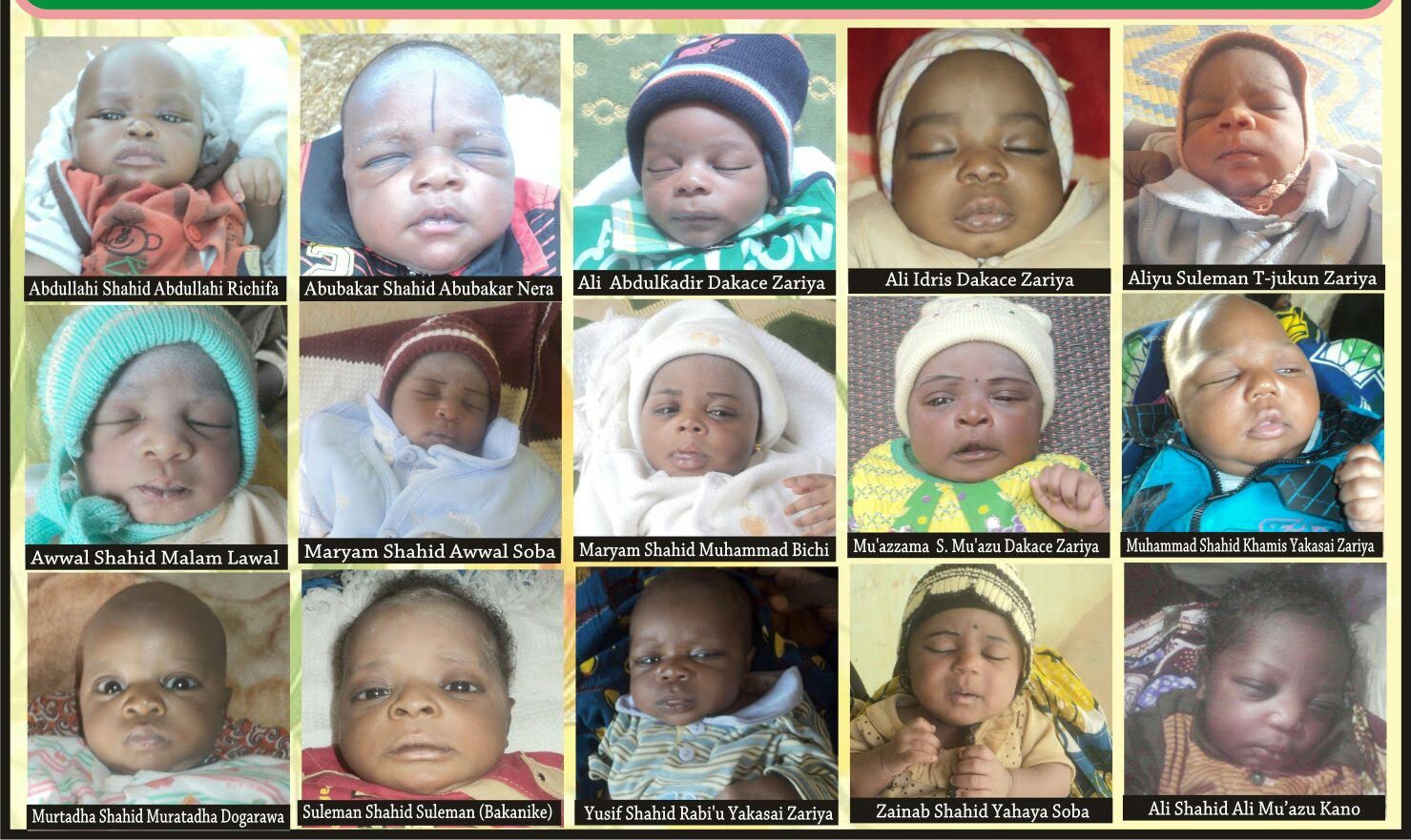 The 15 babies in this picture are some of the babies born to some of the wives of those killed by the Nigerian army in Zaria on 12/12/15.

Buratai is believed to have given the order of shoot at sight on the armless muslims who were at Husainiyya Islamic centre on that fateful day that triggered the pogrom by the army on the Islamic Movement that saw the death of 1000+ civilians.

These babies who were born within a month after the incident might surely one day ask why Gen. Buratai ordered for the death of their fathers on that day instead of following the due process of the law by inviting the police to arrest those who allegedly blocked his way?

Probably when the General told NHC in Abuja that his soldiers killed only 7 people, he thought there won’t be any evidence to prove him wrong,  but these innocent babies are enough testimonies to the fact that he lied to the whole world.

We call on the people of conscience to seek for justice in this unwarranted killings done by the Nigerian army. If today you are not a victim, who knows you might be next!