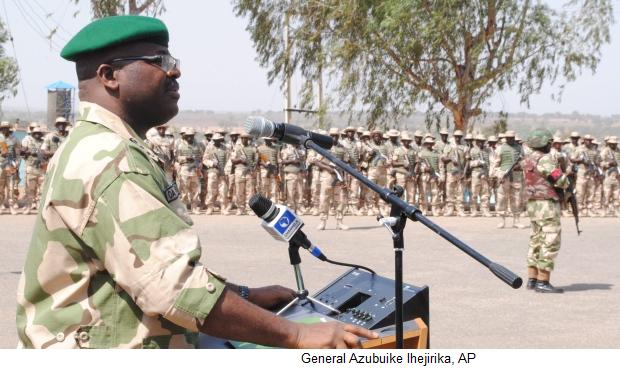 Nigerians are finally coming to the truth behind the success of Boko Haram devastating the nation’s north. For the first time, the former Chief of army staff squarely blamed strategic failures in funding the army by the Jonathan administration as the reason for Boko Haram’s success. This was revealed in the Vanguard in answer to strong accusations against him by Boko Haram negotiator hired by President Jonathan who has been in Nigeria working with with Boko Haram commanders after the Chibok April 14th abduction. Dr. Stephen Davis alleged in the video interview he accorded to AriseTV that the former chief of Army staff has been revealed to him as a Boko Haram sponsor by several Boko Haram commanders they were in communication with. Stephen Davis Video Below

Accused of being a Boko Haram kingpin, former chief of army staff, General Ihejirika admitted a role he played in enabling the Boko Haram terror crises that has devastated Nigeria, most especially its northeast for the past five years. In a message he released via the Vanguard in reaction to his being fingered as a partner to former Governor of Borno, Ali Modu Sheriff, both Boko Haram sponsors, the army chief inadvertently transferred the accusation to the Commander in chief of the armed forces and President of Nigeria, Goodluck Ebele Jonathan. 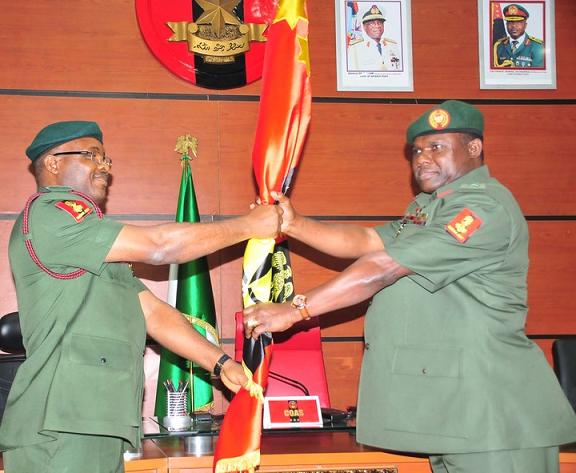 The army chief pointed blame on failure to purchase necessary military equipment by the Goodluck administration. He claimed that this lack of modern equipment allowed Boko Haram, a ragtag group of jungle dwelling terrorists overpower the military during his tenure.

Illogicaly, the army General tried to pin the blame of the Goodluck Jonathan administration and his military leadership of not purchasing needed equipment and leaving Nigeria’s soldiers at the mercy of better equipped terrorists on the former minister of Abuja, Nasir El Rufai. Though while El Rufai was in the Yar’Adua government, 1. He was not in charge of military equipment procurement, and 2. The army under late Yar’Adua successfully destroyed Boko Haram. The era of military sabotage and the military men being given substandard and short supplies of ammunition  started exclusively under the Jonathan administration.

General Ihejirika said in the Vanguard:

“The likes of El-Rufai have been supporting Boko Haram. In fact, El-Rufai and his likes are the same group of people that ensured the army did not get the requested equipment to deal with this menace once and for all, as they used their cohorts to tell the government that procuring modern equipment were not necessary.”

How possibly did El-Rufai stop Ihejirika and Goodluck Jonathan from purchasing needed equipment is the million dollar question and inadvertent confession of the ex-General.

The accusations against Gen. Ihejirika had nothing to do with Nasir El-Rufai. They came direct from Dr. Stephen Davis employed by President Jonathan and were only re-circulated t by El-Rufai. General Ihejirika acted like a ragamuffin and in terror and slanderous libel with hopeful diversionary tactics by going after El-Rufai rather than addressing the strong accusations made against his person by Stephen Davis.

NewsRescue exclusively revealed in 2013 the role of the then army chief, General Ihejirika in purposely undermining the ability of the army to crush Boko Haram. [See: NewsRescue–Nigeria: Top Level Sabotage Behind Military and Civilian Casualties in Boko Haram War – Military Sources [PART 1]; May 13, 2013]

Only Nigeria’s President and the army chief can be blamed for not purchasing army equipment despite 1/3rd of Nigeria’s budget being officially committed to the “nation’s security.” Jonathan’s private jets, Diezani’s frivolousness and Ihejirika’s mansions are the needed evidence of the truth behind Boko Haram.

When NewsRescue released a series of urgent intelligence reports exposing top level sabotage of the Nigerian army under Ihejirika and a second report exposing the state of the facilitation of terror by the President and General Ihejirika, the duo were finally forced to immediately declare a state of emergency and draft battalions to the north. [See: NewsRescue– Nigeria At War; May 8, 2013]

By this time it will be recalled that Boko Haram had taken over almost two thirds of Borno and the army chief was quietly looking the other way.

In our intelligence reports of 2014, we exposed details from several frustrated Nigerian soldiers who pointed fingers at the command under General Ihejirika for refusing to give them even enough bullets to defend their barracks and for opposing the drafting of more needed troops to Borno despite the requests of other army generals.

Stephen Davis said in the video that the first and only step to halt Boko Haram is to arrest the sponsors which the Jonathan government suspiciously refuses doing. Stephen Davis has been engaged in Nigeria in the past and as we reported exclusively, he implicated former NSA and spy, Aliyu Gusau in Boko Haram terror during the Obasanjo era. Surprisingly, President Jonathan employed the very same implicated Gusau as his minister of defense.