Gov. Akpabio’s Reign Of Terror And The Politics Of Blood In Akwa Ibom State, By Inibehe Effiong 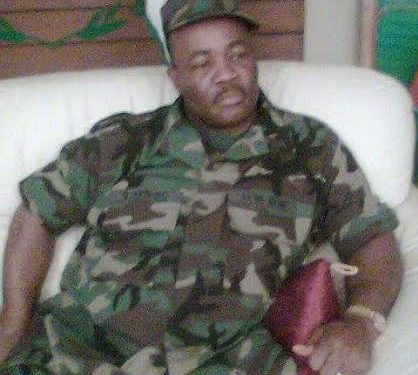 “Just as God threw Lucifer unto the Earth, those who have betrayed the governor of Akwa Ibom State will not enter the Government House…,those who want to take power through the backdoor will die and the PDP will continue.”
( Gov. Godswill Obot Akpabio, Wednesday 16th July, 2014. See Punch Newspaper of 17th July, 2014). 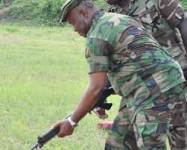 The inauguration of Chief Godswill Obot Akpabio as the Executive Governor of Akwa Ibom State, Nigeria on May 29, 2007 birthed and herald an upsurge in political killings, violence and cultism unprecedented in the history of Akwa Ibom State and Nigeria. From 1st October, 1960 when Nigeria became independent to date, no civilian government in the history of this country, both at the federal and state level, has demonstrated, aided or abetted the level of contempt for human life and dignity like the Governor Godswill Akpabio’s regime.

Without mincing words, the present regime in Akwa Ibom State is a scar on the conscience of humanity. The framers of our Constitution were not in error by giving the sanctity of human life a constitutional protection and upholding the security and welfare of the people as the primary purpose of government. This can be inferred from the clear provisions of Sections 33 and 14 (2) (b) of the Constitution of the Federal Republic of Nigeria 1999 ( as amended ) which provides for the right to life and the security and welfare of the people, respectively.

Under Akpabio’s watch, Akwa Ibom State has witnessed so much politically motivated killings, attacks and violence. The situation is so precarious that the streets of Akwa Ibom State is literary littered with the blood of innocent citizens, political opponents and critics of the regime.

The gruesome assasination of a House of Assembly candidate of the opposition All Progressives Congress ( APC ) and former Deputy Speaker of the State House of Assembly, Mr. Okon Uwah by assassins and thugs of the ruling party on Wednesday 18th March, 2015 reportedly led by the Vice Chairman of Ukanafun Local Government Area of the State, Mr. Effiom Abai who has been arrested by the police has once again brought to the fore the barbarism and the politics of blood that has turned the once peaceful state into an animal farm.

Quoting an annual report by the Nigeria Police Force, a Sunday PUNCH report of November 21, 2010 (page 3) said there were 74,064 murders and similar cases in Nigeria within two years. A state-by-state analysis of this report ranks Akwa Ibom State with a population of 3.9m (2006 estimate) as being the highest with preponderance of such crimes.

The police report said in 2009 alone, Akwa Ibom recorded 177 murders (most of which are said to be politically motivated), 62 attempted murders, one manslaughter, eight suicides, 21 attempted suicides, 320 assaults, 18 child stealing, 93 rape cases and indecent assaults, 29 kidnappings, among others. The 2011 figures marked a remarkable increase when compared to 2007. Few examples will suffice.

Engr. Albert Jimmy Ukpanah, an outspoken chieftain of the ruling Peoples Democratic Party was a vociferous opponent of the 2015 senatorial ambition of Gov. Akpabio. Like several other persons in his area that subscribe to the PDP zoning policy, he believed that it was the turn of his area (Abak Federal Constituency) to produce the next senator to represent the Ikot Ekpene Senatorial District of Akwa Ibom State in the Senate come 2015. He saw Akpabio’s Senate bid as a grave injustice to his people.

On March 12, 2014 Engr. Ukpanah was hacked to death by assassins at his residence. His only son, Odudu Ukpanah, a masters degree holder in Oil and Gas Management from Coventry University, United Kingdom has been incarcerated since 27th May, 2014 on the orders of governor Akpabio on the baseless allegation that he murdered the very father who sponsored his Masters Degree in the UK. Despite the cries of the three sisters of Odudu that their brother is innocent and should be freed, Akpabio has remained unruffled. The mother of the slain politician is critically down with cancer, pakinson and stroke.

Dr. Ime Sampson Umanah, a prominent elder statesman and philanthropist who played an important role in the creation of Akwa Ibom State was arrested and detained for being critical of the nefarious activities of governor Akpabio. He has been standing trial since October 2010 without any plausible evidence of crime against him.

Sen. Helen Esuene, the Chairman of the Senate Committee on Women Affairs was attacked on 5th October, 2014 in Essien Udim LGA while on a campaign tour by armed thugs for daring to campaign in the governor’s town. She later decamped to the Labour Party where she was offered the gubernatorial ticket to contest for the 2015 governorship election in the State.

Mr. Sunny Udom, the Director General of the campaign organization of the gubernatorial candidate of the All Progressives Congress ( APC ) in Akwa Ibom State, Mr. Umana Okon Umana, escaped assassination in July 2014 when armed bandits invaded his office in Uyo. Fortunately for him, the criminals didn’t meet him but his office was shattered with gunshots.

In December 2013, Mr Umana Umana himself received a written threat at his Uyo residence ordering him to withdraw from the 2015 governorship race or face death. He immediately reported the threat to the police, but was shocked to learn that the governor had also ordered the withdrawal of his police protection.

Engr. Emmanuel Okon Ekpenyong and his brother Mr. Mathias Okon Ekpenyong were murdered on June 30, 2011 reportedly for refusing to part with their sand quarry site which they inherited from their father as demanded by those who feel they own Akwa Ibom. One Dagogo Minago, alias Puff Daddy admitted to the killing of the Ekpenyong brothers. Instead of prosecuting the confessed killer and going after those who sponsored him, the State Attorney General hurriedly entered a nolle prosequi (a discontinuance) in the case.

Shockingly, the government framed up and detained one Dr. Chris Ekong, a former Commissioner in the State and three others and charged them to court for the murder of the Ekpenyong brothers. Not done, the government arrested, detained and charged Mr. Fabian Ekpenyong (the only surviving Ekpenyong brothers) for the murder of his own brothers for refusing to give false evidence against Mr. Chris Ekong and three other innocent persons. Eventually, the court discharged and acquitted all of them of all the charges.

Engr. Ini Udonwa who had indicated interest to vie for the gubernatorial election on the platform of PDP in 2011 was attacked by kidnappers, he narrowly escaped death but his mother, Mrs Philomina Udonwa was kidnapped, raped, killed and her corpse dumped by the roadside because his overseas based son dared to vie for the governorship of his state despite repeated warnings to withdraw from the race.

Chief Paul Inyang, a former Zonal Officer of the Peoples Democratic Party who was favoured to emerge as the State party chairman was gruesomely assassinated on Sunday June 20, 2010.

Dr. Akpan Akpanudo, a young medical doctor was assassinated on January 1, 2011 because he left his profession to seek election into the State House of Assembly.

Retired General Edet Akpan, former Director General of National Youth Service Corp and a PDP stalwart, was kidnapped in the Church ostensibly for his refusal to support Akpabio’s re election.  Three female members of the Church were killed in the process. It took the intervention of the Nigerian military for him to be rescued.

Edidem Robert Obot, the Oku Ibom 111 (leader of the Ibibios) and Paramount Ruler of Nsit Ubium Local Government Area who had became a thorn in the flesh of the powers that be in the state was murdered on 30th January, 2011. This is the first Paramount Ruler to assassinated in the history of Nigeria.

Chief Effiong Ononokpono, an outspoken and fearless octogenarian and political activist had raised some fundamental questions pertaining to the affairs and resources of the State for Governor Akpabio to answer in the Nation Newspaper. Instead of answering the questions, Governor Akpabio ordered his arrest. He was charged to court on trump – up charges and remanded in prison custody from March 25, 2010 to May 14, 2010. His health condition deteriorated and on December 7, 2010, he died.

Barr. Imo Udonwa, a prominent member of PDP in the State and former member of the State House of Assembly and an associate of former Governor Victor Attah, was murdered because of his rumoured aspiration to vie for the chairmanship of the PDP in the State.

On July 16, 2011, one Abasiema Sunday Peters, was shot on both legs by the security detail of the Governor Akpabio’s wife because he did not drive off the road fast enough as the governor’s wife convoy drove by. The young man was not given any medical treatment. Rather, he was arrested together with the other occupants of the vehicle who were all students of the state owned Polytechnic and detained by the ever unprofessional Nigeria Police Force. The parents of the young lads had to spend much resources to secure the release of their children.

Following the pre – election violence that engulfed the State in 2011, President Goodluck Jonathan who has completely closed his eyes to Governor Akpabio’s reign of impunity set – up a Panel of Enquiry to investigate the violence that trailed the 2011 elections in the State headed by Sheik Ahmed Lemu. On the sources of weapons used in the political violence which occurred in Akwa Ibom State the panel found that sophisticated weapons employed in state included “pistols, pump action guns, RPGs, grenades, SMGs, AK 47s”. This point is important because of the frequent and free use of weapons by hooligans who now feel immuned from criminal prosecution.

Late last year, the Department of State Service (DSS), Akwa Ibom State Command, embarked on a covert operation which led to the recovery of arms in the state? (See. Punch Newspaper of October 5, 2014). The proliferation of arms in the state is one of the legacies of Governor Akpabio. Before Akpabio’s emergence, cases of killings and political violence was rare in the state. Today, everyone lives in fear, things have fallen apart and the centre can no longer hold. Security has completely eluded the oil rich state; it is either you are a sycophant of the government or an enemy.

With less than seventy (70) days to the ends of Akpabio’s soulless, despotic and murderous regime, the state is again in flames. Some deceitful minds may seek to exonerate the governor from the killings and violence in the State. But the question is: would these nefarious crimes have taken place under the leadership of a governor who has aversion for criminality? Responsibility is the hallmark of leadership, someone has to account for the blood of innocent Nigerians that has been wasted in Akwa Ibom State since May 29, 2007 to date.

Painfully, no one has been prosecuted for these atrocities against humanity. People who ordinarily shouldn’t be heard in public are the ones calling the shots in Akwa Ibom State. Touts, illiterates, cultists and thugs are being venerated by the political class. The good people have been completely relegated under Akpabio. Governance has been reduced to a full blown criminal enterprise.

When I consider the many threats to my life for refusing to dine with the scavengers of democracy in my dear State, it becomes morally compelling to speak out so that history may vindicate us. Akwa Ibom people have had enough of this impunity and terror. Akpabio should know that the International Criminal Court (ICC) is still in existence. Therefore, if he escapes justice in ‘Jonathan’s Nigeria’, the international community will bring him to justice.

Inibehe Effiong is the Convener of the Coalition of Human Rights Defenders ( COHRD ).

People Rather Not Vote Than Vote Jonathan; ...