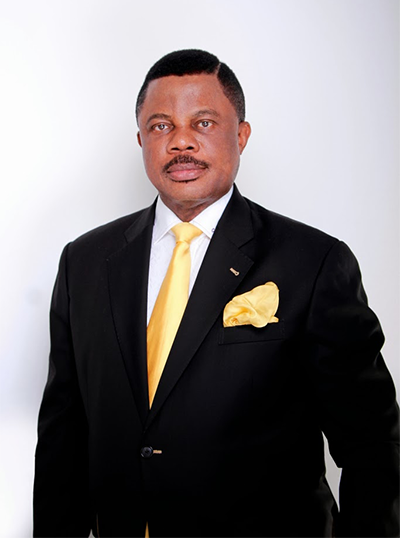 On August 30th about 6 protesters died during rallies at Onitsha. About two dozen others were injured. The media carried a tale of a shoot-out between the pro-Biafra demonstrators and arms of the Nigerian security department. However injured protesters claimed there was no shootout and that they were fired upon by the Nigerian Navy while merely carrying flyers. The Navy defended itself that after the protesters overran a police post they (the navy) shot into the air to disperse them but never shot at them.

Today, September 13th, over two weeks later, we do not know what happened and why very likely innocent Nigerians died and how they died. This is not tolerable in this century. We wish to know if they died of gunshots or stampede. We need to know if some of the protesters were arrested with guns or not. We want to know if bullets were found in the bodies of the injured or if they were not shot at. And if they were shot, we want to know whose bullets they are. We want to know if the navy or police were ordered to shoot on them, who gave the order. We want to know if it was a covert conspiracy action by mischievous Biafra agitators and if the government has suspects. Indeed there are a lot of things we the public deserve to know and must know from the unfortunate events of that fateful Sunday.

In the past we have strongly criticized Borno state administrator Kashim Shettima for his complacency and self confessed mismanagement that led to the Boko Haram crisis of today. We have described how he as finance commissioner under accused Modu Sherif, was part of the administrations that benefitted from Boko Haram in its early form, Ecomog political thugs and who watched over Boko Haram as it metamorphosed. We have condemned Shettima for admitting that while he was commissioner he knew his boss as a Boko Haram sponsor and did nothing. We have condemned him for as he admitted, being part of the past and the head of the present administrations that focused on the cities and allowed Boko Haram establish in rural areas. Indeed actions and inactions of governors and federal governments are directly implicated in the origins and establishment of terrorism.

Today Governor Willie Obiano is at the center of developing terror. While Hon Justice (rtd) Eze Ozubu, the real leader of the Indigenous People of Biafra association is not implicated in organizing terror and seeks legal means of achieving his goals, the breakaway media arm faction, Radio Biafra, headed by a young and money, fame and power hungry Nnamdi Kanu is unfortunately not so sensible. Nnamdi Kanu and his Radio Biafra faction has taken to the promotion of terror. These youth have issued death threats and urged the killing of innocent Nigerians. The Radio station director has admitted learning from Mohammed Yusuf’s book and encouraging the doctrine of terror against innocent life and State officers in “retaliation” for deadly provocation. While defending Boko Haram and Mohammed Yusuf’s recourse to violence against the state, Nnamdi Kanu of Radio  Biafra is already dancing in glee over the Onitsha deaths and happily using this to recruit terrorists and encourage attacks on non Igbos and Nigerian soldiers.

Certainly the Radio Biafra faction of pro-Biafra agitators and zionists who are destroying any true causes for addressing the Biafra question, must be shut down by international means and its directors arrested, but in addition to this, a full and credible investigation into the deaths of August 30th I believe is in progress and the public must be informed of the results and the action of the government to provide justice and repudiation to the culprits whoever they are. One Shekau has been enough for Nigeria, we are not ready for this next one on the line.