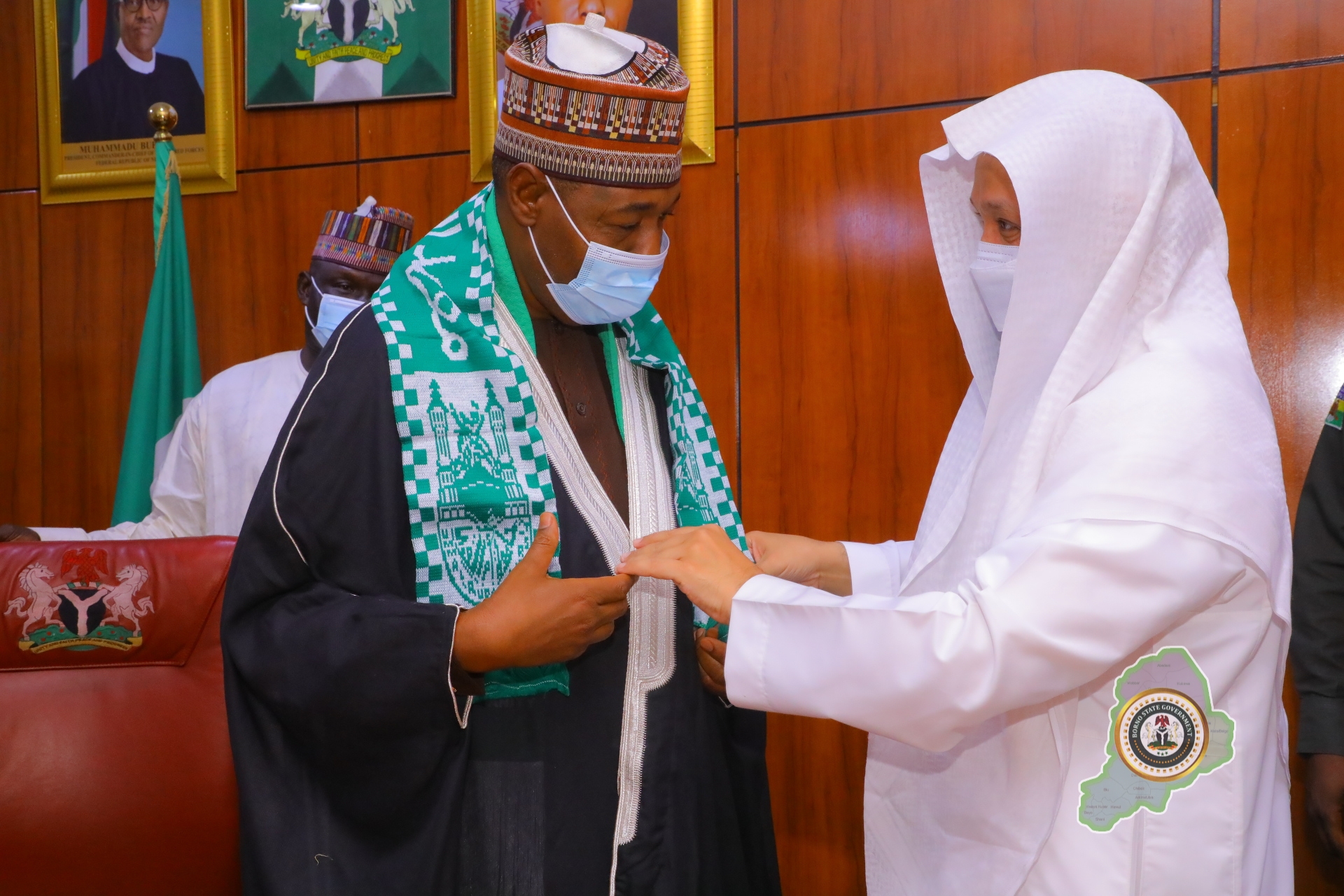 Prof. Hassan Abdulhamid Bukhari, a Saudi academic and one of the Imams leading congregational prayers at the Holy Kaaba (masjid Al-Haram) in Makkah, has paid a visit to Borno Governor, Professor Babagana Umara Zulum.

The visit held on Wednesday evening at the Government House, Maiduguri.

Imam Bukhari, who is the Dean, faculty of Arabic Studies for non natives at Ummul Qura University in Makkah, was in Maiduguri on the invitation of Dr. Mohammed Kyari Dikwa, President of Al-ansar Foundation that is currently building Borno’s first private university, at a site in Maiduguri.

The holy Kaaba imam, while meeting Zulum, said he was highly impressed with Borno’s hospitality and age long history of Quranic knowledge. He noted that the state is known for it’s numerous Quran reciters all over the world.

Professor Bukhari, whose message was translated into English by his host, Dr Dikwa, noted that he was happy to associate with Zulum’s administration having monitored all his achievements in far away Saudi Arabia.

Professor Bukhari has particularly shown interest in you, having monitored your activities over the last few years and indeed happy to associate with you and your government over the development that has carried out under your stewardship, Dr. Dikwa noted.

In his response, Governor Zulum noted that Borno has a long standing relationship with the government and people of Saudi Arabia, particularly the custodian of the two holy mosques. He expressed appreciation for their visit.

“Indeed, one of the Imams of the holy Mosque, Masjid Alharam visiting Maiduguri is pleasing to the entire Muslim community in the state, Zulum said.”

He also sought for the support from Saudi Arabia’s Government in areas of Teaching Arabic and Islamic Education.

The Governor explained that Kanuris were originally from the Arab nations before migrating to Borno.