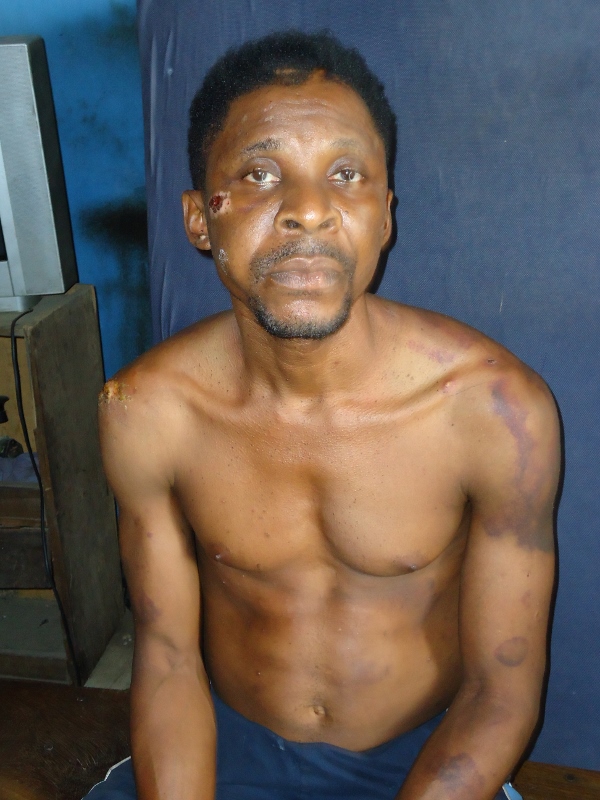 A 40-year-old Prophet/Pastor, Benjamin Ndubuisi has been arrested by the Aba Police Area Command for having unlawful carnal knowledge of a 23-year-old man.

The Pastor who has his church situated at 89, Ukaegbu Road, Ogbor Hill, Aba has been involved in the act with the young man since he was made one of the church’s workers.

Ndubuisi, a Pastor of a white garment churches in Ogbor Hill, engaged his victim as a worker in the church as a strategy for continuous intercourse with him.

It was disclosed that the gay prophet had placed Ndukwe on an oath not to ever disclose their love affair to anybody.

Troubled by the shocking disclosure, Ndukwe’s parents contacted the police, leading to the arrest of the homosexual prophet.

The Pastor who denied the allegation has since been arrested and summoned in court, and later granted bail in the sum of N200, 000.