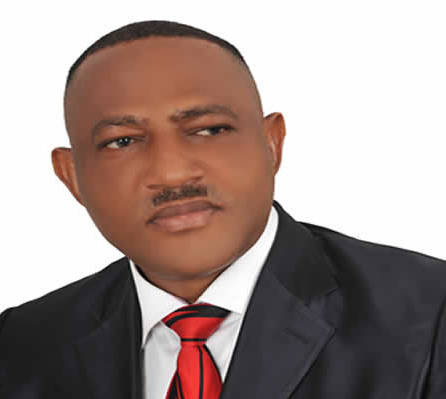 On Monday October 12, 2015 the National Assembly Election Tribunal sitting in Enugu State led by Justice Matthew Aderawa delivered what I consider a resounding verdict in the petition filed by former governor of Enugu State, Chimaroke Nnamani of the People for Democratic Change (PDC), challenging the emergence of Sen. Gilbert Nnaji of the Peoples Democratic Party (PDP).

The judgment of the Tribunal is of interest to me because the facts in that case are almost on all fours with the facts in the Akwa Ibom State Governorship Election petition case. This judgment is the clearest sign that the Judiciary is still the last hope of the common man. It offers hope to the good people of Akwa Ibom State that the wind of justice will blow towards their state very soon. The judgment in the Chimaroke Nnamani’s case is relevant to the Akwa Ibom State Governorship Election petition case in the following respects and others:

In the Akwa Ibom case, the respondents did not even plead the use of incident forms. Realising that there was no other way of discrediting the 437, 128 figure of accreditation contained in Exhibit 317 (the polling unit by polling unit accreditation report for the entire state obtained from the 3rd respondent, INEC,) except by showing that incident forms were used, the 2nd respondent, PDP, subpoenaed INEC to produce so called incident forms before the Tribunal. As God will have it, they forgot to sign the invented forms as we later learnt from credible sources.

Aware of the consequences of tendering the 7 big bags of unsigned incident forms, PDP beat a devastating retreat and refused to tender them. The Tribunal was magnanimous enough to remind the 2nd respondent that it had not tendered the forms. Yet, it refused to tender them. The Tribunal immediately ordered the 2nd respondent to evacuate the incident forms from the Registry of the Tribunal so as to decongest it. As at today, there is no iota of evidence from the respondents to counter the claim and evidence of the petitioners on the number of accredited voters.

The case of the respondents in Akwa Ibom State is even worse than that of the respondent in Enugu State. This is because the National Assembly election which produced Gilbert Nnaji was held on March 28, 2015. It would be recalled that INEC had relaxed the rule on the compulsory use of card readers during the March 28, 2015 Presidential and National Assembly Elections by authorising its staff to revert to manuel accreditation in cases where the card readers failed.

However, INEC by a press statement on April 2, 2015 stated that relaxation of the rule on the use of card readers was only applicable to the March 28, 2015 elections and that card readers MUST be used for the April 11, 2015 Governorship and State Houses of Assembly Elections. The said press statement was admitted as Exhibit 322 by the Tribunal. The implication is that since there is no incident forms before the Tribunal and election was not postponed on account of failure of card reader in any polling unit in the state as stipulated by INEC Guidelines and Manual, the 437, 128 accreditation data in Exhibit 317 remains unassailable as far as the purported Akwa Ibom State Governorship election is concerned.

PROOF OF NON COMPLIANCE AND IRREGULARITIES

The Tribunal in Enugu State held that the conduct of the election did not comply with the 2010 Electoral Act.

According to Justice Mathew Aderawa, who delivered the judgement, “The first respondent while trying to deny that irregularities marred the election, exposed more mutilations of results in polling stations where he won. Ballot papers were not accounted for, which affected the outcome of the result. Irregularities occurred in the six Local Government Areas that constitute the senatorial district.

“Sufficient evidence was laid before this tribunal showing that the first respondent inflated results while deflating the petitioners’ result. These irregularities and non compliance were substantial to mar the outcome of the election. The petitioner has proven beyond reasonable doubt that the election did not comply with the provisions of the electoral act 2010.

“Based on the foregoing, we hereby void the election and order a fresh election.” The Tribunal declared.

In Akwa Ibom State’s case, the situation from the facts and evidence adduced during the trial is more grievous. The petitioners proved by documentary evidence that results, Forms EC8A, EC8B and EC8C were mutilated in at least 20 local government areas. It also proved cases of individuals signing multiple results in at least twenty seven local government areas. On the face of Exhibit 317 over voting was apparent.

There is no way 437, 128 accredited persons could have produced 1, 158, 624 votes. Even witchcraft cannot resolve this puzzle. Science cannot even attempt it. There is no way law will resolve it. There is something in law called evidential burden of proof. The respondent had the evidential burden of proof to explain and justify the over 700, 000 “votes” difference. They NEVER did and the consequences are predictable.

As I explained in details in an earlier article, the Court of Appeal did not nullify the use of card readers in the much talked about case of APC versus Agbaje as wrongly represented in the media by some commentators. All that the appellate court said was that non use of card readers should not be made a ground for challenging an election in view of the provisions of Section 138 (1) of the Electoral Act and the Supreme Court decision Ojukwu v. Yar’adua (2009) 12 NWLR (pt. 1154) 50. The petitioner in the APC versus Agbaje had made non use of card reader a ground in paragraph 13 (b) of their petition.

In the present case, non-use of card reader is not one of the three grounds of the petition. Interestingly, the appellate court stated in the case of APC v. Agbaje that while non-use of card reader cannot be a ground, it can “conveniently serve as facts to buttress either grounds (b) or (c) in Section 138 (1) of the Electoral Act”. See page 23 of the judgment. In the present case, the grounds are contained in paragraph 15 of the petition, which reproduces the grounds under Section 138 (1) (b) and (c) of the Electoral Act verbatim.

There are several other important aspects of today’s epochal judgment by the Tribunal in Enugu State as it relates to the Akwa Ibom State’s case. Suffice it to say that justice is rooted in truth. I have no doubt that the truth will prevail in Akwa Ibom State Governorship Election Petition.