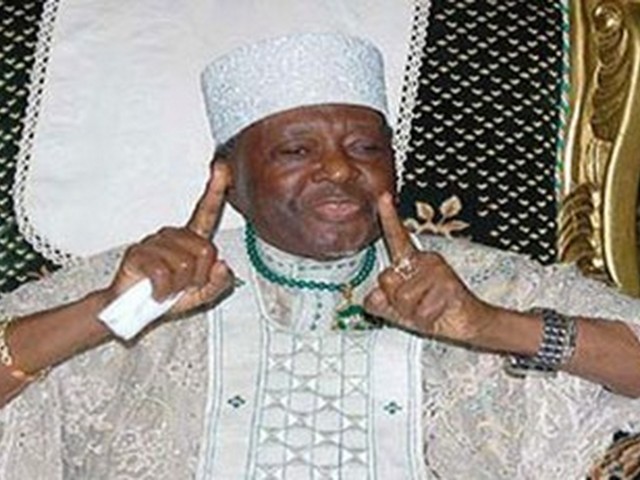 The Abobaku is a title that means “The one who dies with the king”.

The Abobaku is a person that is appointed upon a king’s coronation, to be buried with the king when he eventually dies. His job is to serve the king and attend to him in the afterlife.

Given the severity of this position, the Abobaku leads an affluent life, taking care of the king and enjoying numerous benefits in the town.

The Oba’s death in London had allowed word of his demise to filter around, and this reportedly gave the Abobaku ample time to flee. – 360nobs

Apparently this ‘Abobaku” ain’t ready to go down just yet.

It is surprising that such barbaric customs seem to still exist in Nigeria.