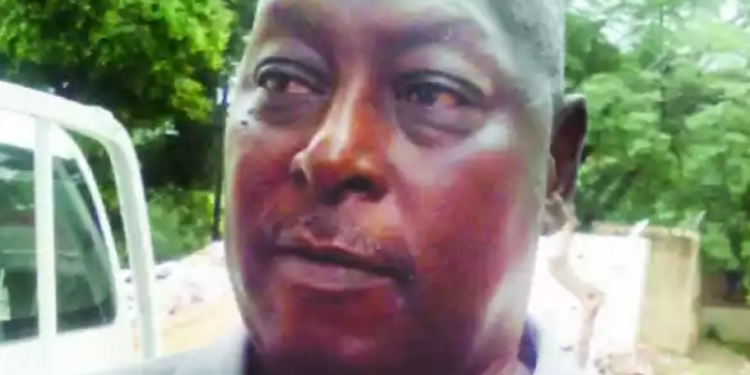 The Nigerian government has blamed locals for the recent four hour long Boko Haram massacre of Dalori that consumed as many as 300 Nigerians.

The federal government has blamed the repeated insurgent attacks on villages in northeast Nigeria on poor intelligence gathering by locals.

Secretary to the Government of the Federation, David Babachir, has been talking to the Borno State government and victims of the latest attack in Dalori.

Babachir was accompanied by the Minister of State for Health, Foreign Affairs and that of Power, on an on-the-spot assessment on the insistence of the President.

Insensitive: Did You Not Say Boko Haram Was Incapacitated? – Locals

Borno indigenes expressed their shock that the late-coming Federal government mission saw it fit to blame the suffering locals for the Boko Haram attack.

They can’t be serious They should know that vigilance is not new with us but when they bring it up they insult us!

We have gone an extra mile to face BH at its peak. The CJTF came to be. And you are still in denial. Better accept your failure.

The attack which the terrorists conducted right by Maiduguri spanned an entire four long and horrific hours during which the Nigerian army was no where to be found and unable to repel the terrorists.

Locals said they had even alerted security officials days before the Dalori attack.

Frustrated victims further asked how they should be blamed for a “lack of vigilance” when the Buhari government had announced that Boko Haram had been put in fall-back position, owned no ground and were “unable to carry out insurgent attacks?” They described the government remarks as highly insensitive in a time of mourning and callous and showing of disregard for the patriotic and selfless actions of Civilian-JTF and hunters over the long, difficult years of terror.

It is noted that during a recent similar attack by the terrorists on six villages in Girei, Adamawa state, the locals complained that the terrorists were able to carry out the pre-dawn massacre in spite of them actually having alerted the Nigerian police and army hours ahead of the impending attack.

God knows I voted for a tough treatment of BH.

Am very angry right now. Your failure made it happen and you re looking for a way blame the people.

MASSOB: Conduct A Referendum On Secession Or ...