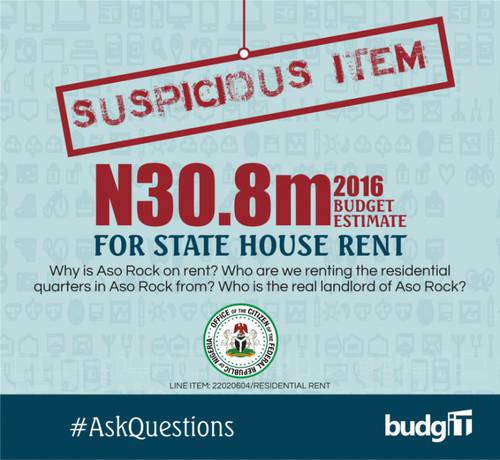 PREMIUM TIMES extensive review of the proposed budget, which has passed second reading at the Senate and the House of Representatives, reveals it is a collection of fraudulent and frivolous allocations, many of which are clearly meant to support the opulent lifestyle of public officials.

Many of the allocations were either repeated several times, over-priced or are obvious misplacement of priorities.

A particularly disturbing instance of misplaced priority is the allocation for books for Vice President Osinbajo’s office.

Mr. Osinbajo’s office has more money allocated to it for books than what each of the federal polytechnics in the country are getting for the same purpose.

While N4,906,822 was proposed to be spent on books by Mr Osinbajo, the total allocation for books for 11 out of 22 federal polytechnics, which actually have book allocations, was a mere N3,832,038.

The fraudulent topics covered in the report included massive sums for:

The report highlights the new and repeat offender minister of Power, Tunde Fashola, who along with his friends, Dr. Tunji Olowolafe were accused of robbing Lagos blind by building $400 boreholes for $450,000 each, had put the same largesse and others in the new proposed budget that has already passed its second read:

Fashola and his N140million naira for a single borehole

The Ministry of Interior budgeted N576,500,000 for the construction/provision of electricity, N595,606,148 for repair/ rehabilitation, and N6.2 billion for research and development.

The Nigerian Prison Service however budgeted N500,000,000 for “capacity building.”

In the 2015 budget, the allocation for security equipment for the Nigerian Immigration Service was N86,057,143 but the figure leapt astronomically to N2.12 billion in the draft 2016 budget.

It is really pathetic and unbelievable. Read the full report by Nicholas Ibekwe on PremiumTimes