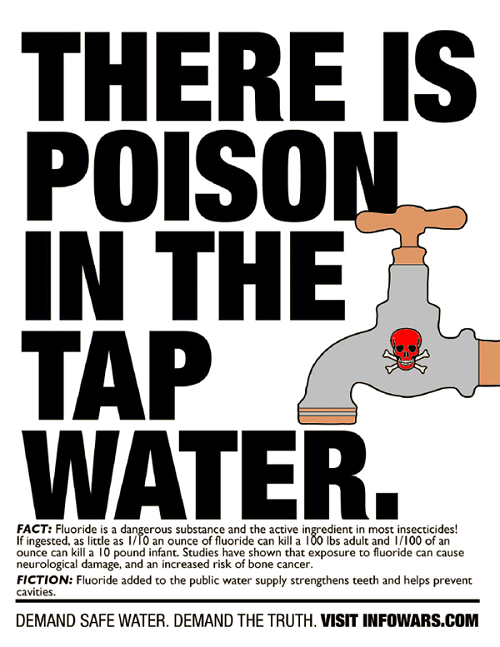 (NaturalNews) Intense industry pressure to continue mass medicating Americans with fluoride chemicals via public water supplies has apparently influenced Harvard University researchers to backtrack on a recent study they conducted that verified fluoride chemicals lower IQ levels in children. We are now being told the absurd lie that fluoride is only detrimental to people in other countries, and that Americans need not worry about ingesting and bathing in the toxic brew here in the states.

A recent pro-fluoride article published by the industry-backed Wichita Eagle petitions Wichitans, who will soon vote on whether or not to fluoridate their local water supply, not to oppose the city’s upcoming fluoride measure based on the Harvard study because the study’s findings allegedly only apply to Chinese children. The piece encourages Wichitans to essentially ignore this and other science showing the dangers of fluoride, or at least pretend as though none of it applies to them.

* Reuters is not responsible for the content in this press release.

Further, the EPA says fluoride is a chemical “with substantial evidence of developmental neurotoxicity.”

Fluoride (fluosilicic acid) is added to US water supplies at approximately 1 part per million attempting to reduce tooth decay.

And the reason these pro-fluoride fanatics are using to make the ridiculous claim that the Harvard study’s findings do not apply in the U.S. is that the fluoride levels evaluated in China were supposedly far higher than they typically are in domestic water supplies. Thus, consuming or bathing in fluoridated municipal water poses little risk, they say, so drink up!

Fluoride levels used in Harvard study comparable to those used in U.S.

A 2.47 mg/L concentration of fluoride, which is considered “high,” is hardly “ten times what we see here in the U.S.,” an erroneous claim made by pro-fluoride fanatic Larry Hund, a Wichita-based pediatrician and leader of Wichitans for Healthy Teeth, the primary group in Wichita pushing for water fluoridation. Some U.S. cities, in fact, have fluoride levels that exceed the 2.47 mg/L level of fluoride evaluated in the Harvard study, which means it most definitely has relevance in the current debate over whether or not to fluoridate. (http://www.thenewamerican.com)

Even if you buy into the claim that the roughly 0.7 mg/L of fluoride that Wichita plans to add to its water supply is less than what was used in the Harvard fluoride study, there is still no solid evidence proving that even this lower level is safe. Since fluoride tends to accumulate in glands and tissue over time, any level of repeated exposure appears to be dangerous, not to mention the fact that the jury is still out about whether or not ingesting fluoride provides any legitimate oral health benefits whatsoever.

“The key takeaway for me in the (Harvard) study is, one, they didn’t rule out the danger (of fluoride), and two, they said further research is necessary,” said Don Landis, a spokesman for the group Wichitans Opposed to Fluoridation. “That’s what we’re saying; the science is not settled. No research is done on low-dosage fluoride, (and) the Harvard study is very valuable in pointing that out.”

To learn more about the dangers of fluoride, visit:
http://www.fluoridealert.org/

Sources for this article include: