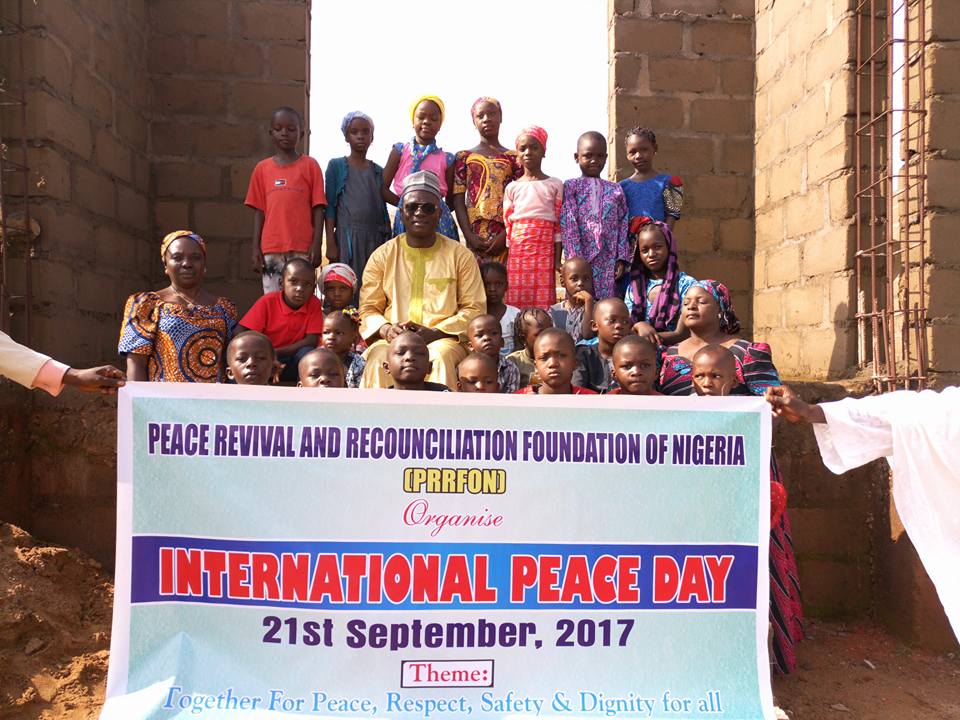 A head of world International peace day celebration, Team of 10 Christian Clerics from southern part of kaduna-North-western Nigeria headed by pastor Yohanna Buru the general overseer of Christ Evangelical and Life intervention Fellowship has embarked on Teaching the little children Peace building, which includes Tolerance, Forgiveness, and promoting better understanding,in other to boost Interfaith & Harmony among children of Different faith -base organization in Nigeria.

According to the pastor ,there is the need to “catch- them –Young” through teaching them the message of peace and Harmony,so that when they grow,they will learn how to Tolerate and accommodate every one irrespective of his /her religious and ethnicity differences ,and that is why they are committed in Teaching the little children Peace, Tolerance and Forgiveness at the early stage

Pastor Buru said,the world International peace day is to be celebrated on the 21th of September,but they decided to start the celebration of the month since from the beginning of This September, and hoping that throughout the month,there will be daily activities that will promote peace and Unity in both Home,schools,Car park,Cinema,Market ,Temples ETC

The theme for 2017 is “Together for Peace: Respect, Safety and Dignity for All.”

Pastor Buru also added that ‘we are going to use the religious teaching in educating our Future leaders what the words of God says and how they will interact and build relationship with other children who are of different faith, so that they support Government and Non –Governmental organization ,including Civil societies Organization in promoting peaceful co-existence and better understanding between muslims and Christian in Nigeria.”

The Clerics then calls on every Nigerian to remembered that “We all are from Adam and Eve and because both Muslims and Christians have their books and scriptures that guide them, we should rely on the scriptures.”

Pastor Buru said,we have plan series of activities to celebrate the world international peace day in a Big way, because apart from organizing Football match,Visiting Islamic schools,meeting with Other peace NGO & CSO,will will organize an endurance trekking on the 21st September 2017, but then there will be other activities like reading and write among Inmate to boost inter-faith activities.

”By God grace ,we are going to organize a grand rally to mark international peace day in kaduna,and we are hoping that every stake holder will participate in the rally including Clerics and traditional holders ,”

Buru concluded by saying that the impact of the previous ethno-religious and political crises in the state that claimed hundreds of lives and properties was a serious setback peaceful co-existence in Kaduna, urged clerics from both religions to preach sermons that foster unity and peaceful co-existence.