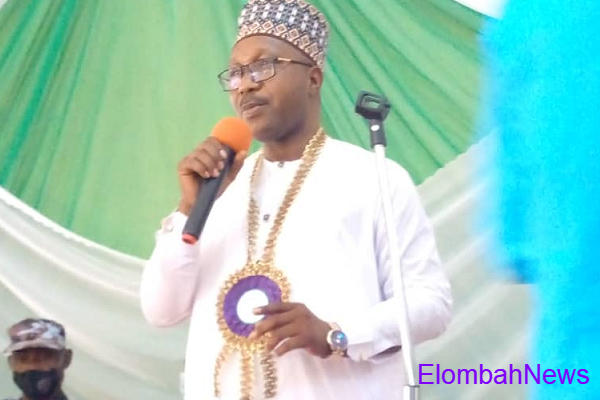 Over the last two months, we have dedicated much of our time in revealing out to the world who the MD of the Federal Neuro Psychiatric Hospital Kware in Sokoto State is and his style of tyrannical stewardship amounting to gross misconducts, financial embezzlement and several fraudulent acts.

We will hold a press briefing against his anarchical regime in the coming days but in the meantime, we feel it’s imperative to also alert the general public that we are not alone in this struggle for good governance, so also, the Management Board of the hospital.

In a letter duly signed by Dr. Nwachukwu Iheanyi (Board Chair of the Hospital) dated 5th January, 2021 and addressed to the Office of the Secretary to the Federal Government.

In the letter, the management board after it virtual meeting held on the 24th of December, 2020, accused the MD of several acts of corruption, irresponsibility and dereliction to duty, among others, and even called on the federal government to either query or suspend the MD and not to grant him a second tenure at all, pending further investigations.

The board through it letter accuses the MD of vehemently denying members of the management board access to look into details of the hospital’s financial report since 2019, contradicting Public Service Rules 030402, (C).

The management board also accuses the MD of paying from government GIFMIS platform into salary accounts of some of the hospital staff in the name of locum personnel, locum nurses, locum consultants etc.

After which these so called “locum” staffs withdrew the monies (running into millions of Naira) paid into their accounts and bring them to the MD in cash. An act which amounts to advance fee fraud which is a criminal offense according to Public Service Rules 030402 (1) (P).

For the avoidance of doubt, the names of some 26 staff involved in the scandal was listed in page 2 of the letter.

The management board also noted that the MD had on several occasions diverted funds – Zakat payments from the Sokoto State Government into personal accounts instead of the TSA, an act that goes against the anti-corruption drive of the present administration of President Muhammadu Buhari.

Furthermore, the Board requested the Secretary to the Federal Government to approve an immediate query to the MD and to also approve his immediate suspension to give room for the Board to access several documents for further investigations which the MD continue to frustrate using his office.
And, that the SGF should approve the invitation of anti-graft agencies to aid in investigating several financial allegations against the MD.

Similarly, the Board conclusively resolved during the virtual meeting not to recommend the Medical Director for a second tenure as a result of the series allegations of fraud and corruption listed in the leaked letter.

But the most confusing aspect of all these brouhaha is that there are strong indications that this letter had never being to the office of the Secretary to the Federal Government at any point in time. Hence prompting to ask these fundamental questions: did someone somewhere threatened the Board Chair not to forward this letter?

Was the Board Chair and the entire Management Board compromised to a point that they forgot to have held a meeting needless to mention of a letter in which they all resolved to sanction the MD?

Is it true to a certain extent that the MD is too Influential in the Federal Ministry of Health that no action can be taken against him no matter what his offense is, as attested by the Board Chair himself in his forgotten letter?

Like the previous right ups, we await response from the MD in two weeks time, or else, we would have to publish the full content of the letter.

Meanwhile, we hereby attached the first page of the letter addressed to the Secretary to the Federal Government and the last page carrying the signature of the Board Chairman.