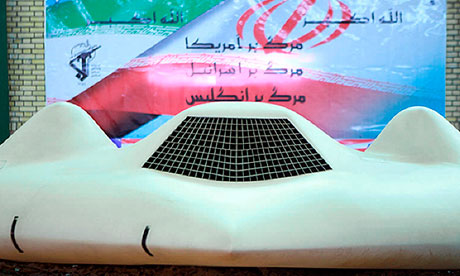 (CNN) — Iran says it has decoded and released footage from a U.S. drone that it downed more than a year ago.

The black and white aerial footage, Iran claims was from a RQ-170 spy plane, was aired by Iranian news agencies and placed on YouTube.

“This aircraft has carried out many operations in the countries around Iran,” the narrator says. “In the operations taken place in Pakistan, this aircraft guided many of the clashes …”

The narrator also says that some of the footage shows the drone near Kandahar Airfield in southern Afghanistan.

CNN can not independently verify the authenticity of the video. Also CNN could not immediately reach Pentagon officials for comment.

Iran had said it downed the drone on December 4, 2011 near Kashmar in the country’s northeast, some 225 kilometers (140 miles) from the border with Afghanistan.