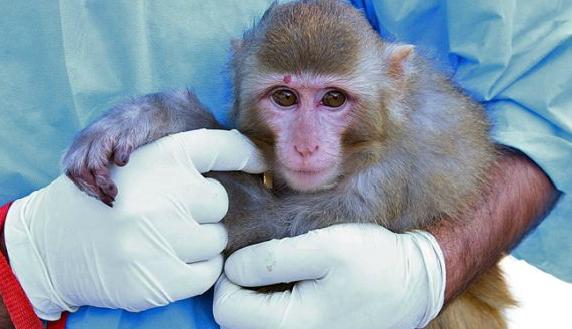 (CNN) — Iran says it has sent a monkey into space for the second time, representing the nation’s latest step toward sending humans into space.

“In total, this is the 2nd monkey sent into space & returned in perfect health to #Iran. I congratulate the Leader, scientists & the nation,” Rouhani said.

The monkey’s name is Fargam, a combination of two Farsi words “auspicious” and “luck.” Fargam was launched 75 miles (120 kilometers) up into space and back in the 15-minute mission, IRNA reported.

Iran made a similar announcement in January, saying then that it had launched the first monkey into space, strapped snugly into a rocket, and returned it safely to Earth.

PressTv– Another step forward by Iranian scientists in their quest for space; the Pajouhesh explorer is Iran’s latest indigenous space rocket that uses liquid fuel and capable of sending a living creature into space.

The animal astronaut aboard the explorer is a male Rhesus monkey named “Fargam”. He is the second member of the simian family with an outer space experience from Iran since January this year.

In 2008 Iran managed to complete the cycle of its home grown space industry from A to Z. Iran officially joined the group of countries with indigenous space technology in 2009 by launching its first homemade satellite Omid into space.

Scientists in Iran say that the success of Pajouhesh explorer and its bio-capsule will open the way for further advancements in Iran’s space technology. After liftoff sensors simultaneously transmitted information on Fargam’s health condition including his cardiovascular and respiratory systems.

The research enabled Iranian scientists to further complete their studies in the area of biology in space, airspace and medical engineering. And there it was; a safe return to earth by this tiny creature which received a hero’s welcome back at the base by the team of young scientists who celebrated their success in building a safer and more advanced bio-capsule.