Is It Constitutionally Possible To Abolish The Nigerian Senate?, By Inibehe Effiong 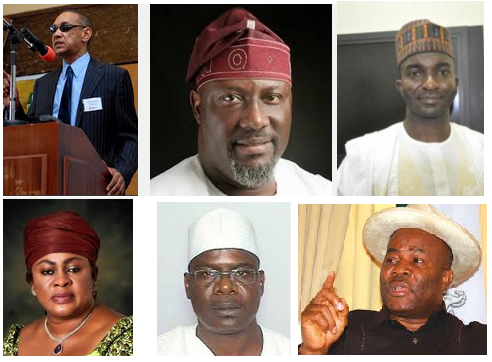 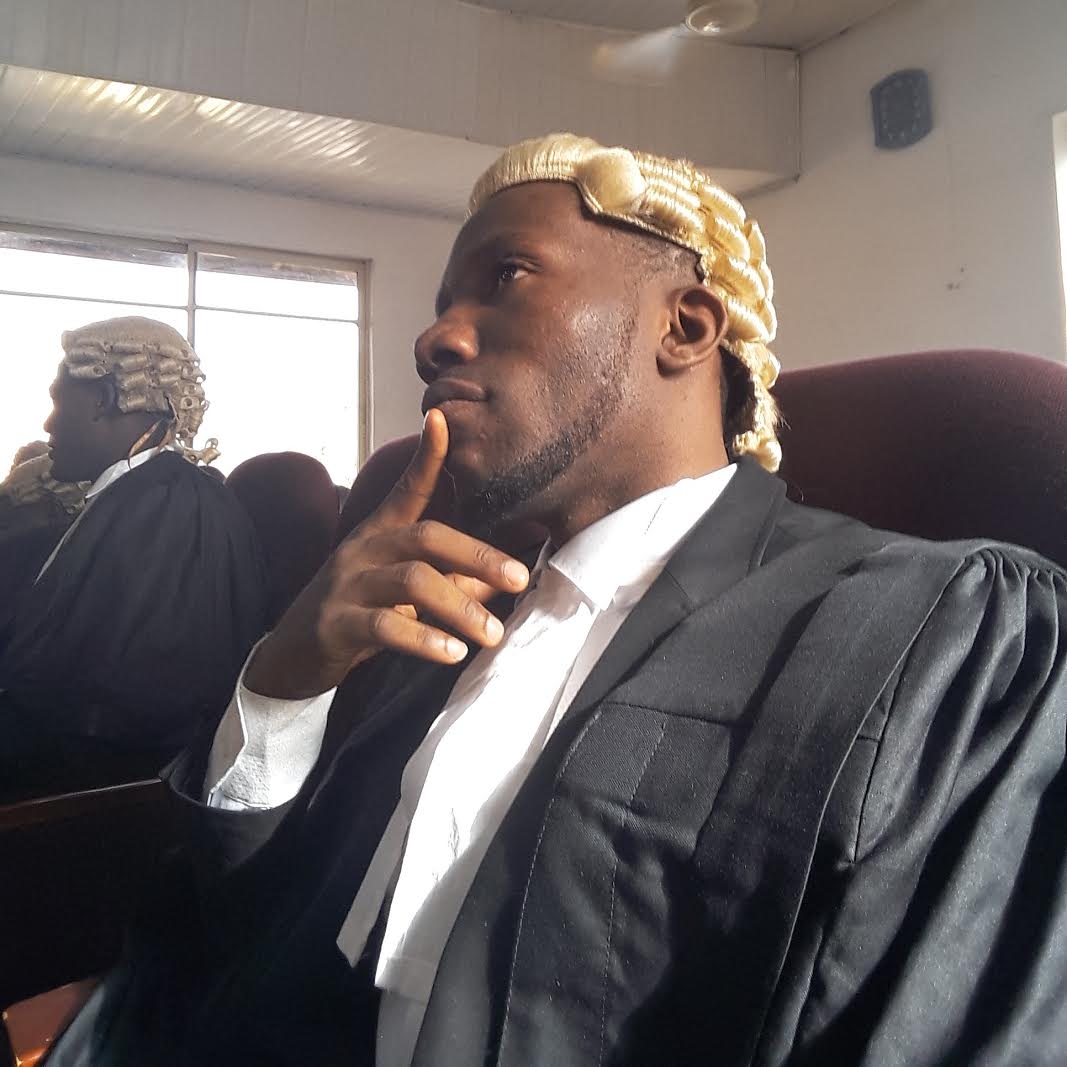 This piece is precipitated by a private message I received from a friend on Facebook on Wednesday April 20, 2016 seeking to ascertain whether it is possible to abolish the Senate of the Federal Republic of Nigeria.

Without hesitation, I responded pointedly to the requisition by stating that it is practically impossible, but with a proviso that a revolution can make it possible. I further intimated the said friend that though it is constitutionally possible for the Senate to be abolished, it is very unlikely for that to happen.

We will appreciate in the latter part of this essay that this is not about pessimism.

With recent appalling and scandalous developments in the National Assembly, particularly in the Senate, the age long agitation by a section of the public for the abolition of the Senate is resonating. The Senator Bukola-Saraki-led Senate has been in the news since its inauguration for all the wrong reasons. It is indeed a national embarrassment that we have a Senate President who shuttles between the presiding officer’s seat in the Senate chamber and the dock at the Code of Conduct Tribunal (CCB). This is incompatible with the tenets of modern civilisation.

It is even more reprehensible that Mr Saraki is enjoying the support of his colleagues in a manner that portrays the Senate as a corruption infested, morally depraved and self-serving institution. How can the law making body of a nation in the 21st century be shut in solidarity with its principal officer who is standing trial for corruption? This is not about the presumption of innocence that Section 36 (5) of the Constitution guarantees to every person. It is about our moral compass and ideological direction as a nation. In saner climes, the Senate President would have honourably resigned the moment he became a subject of negative public controversy.

Given what the National Assembly and the Senate in particular has become over the years, is it constitutionally possible for the Nigerian Senate to be abolished?

For us to properly underscore the possibility of abolishing the Nigerian Senate as advocated by a section of the public, I will examine briefly the constitutional fundamentals on the subject.

Legally, neither the Senate nor the House of Representatives can be abolished or abrogated without the alteration of the enabling provisions of the Constitution of the Federal Republic of Nigeria 1999 (as amended) (subsequently referred to as the Constitution).

The power to alter the provisions of the Constitution is vested exclusively in the National Assembly. It is only when two-thirds of all the members of each house of the National Assembly have passed a Bill to amend any provision of the Constitution that the concurrence (resolution) of at least two-thirds of the thirty-six Houses of Assembly in the country and presidential assent will be required for same to become law. If the subject of amendment relates to Section 8 (State creation) or Chapter four (fundamental human rights) of the Constitution, at least four-fifth of all the members of each house must support the amendment.

This argument is anchored on the provisions of Section 58 (1) of the Constitution which provides that “the power of the National Assembly to make laws shall be exercised by bills passed by both the Senate and the House of Representatives and, except as provided for under subsection (5) of this section, assented to by the president”. Under the subsection (5) supra, the National Assembly can override the veto of the president where the latter withholds his assent. Furthermore, by Section 2 (1) of the Interpretation Act Cap. I23 L.F.N. 2004, “An Act is passed when the Bill for the Act is assented to by the President”.

The Federal High Court, Lagos Division, presided over by Justice Okechukwu Okeke had rightly held in November 2010 that the first and second alterations to the 1999 Constitution were inchoate (incomplete) except assented to by the president. A former president of the Nigerian Bar Association, Mr Olisa Agbakoba, had sued the National Assembly for failing to send the alteration Act(s) to the president for assent.

The 1999 Constitution has so far been subjected to three successful alterations. The fourth alteration Act which had, inter alia, sought to dispense with presidential assent to the alteration of the Constitution, was truncated because former president Goodluck Jonathan vetoed it. The threat by the seventh National Assembly to override Jonathan’s veto to the fourth alteratation Act led to a legal battle in the Supreme Court between the President and the National Assembly. Eventually, the dispute was settled out of court just before the end of the last administration in May 2015.

Another possible way of actualising a unicamaral legislature for the federation is through a Sovereign National Conference (SNC). However, the convocation of a SNC must be preceded by an established legal framework. In which case, recourse must still be made to the National Assembly to put the necessary legal framework in place. The last attempt to hold a national conversation on the future and structure of the country did not meet the aspirations of progressive Nigerians.

The last National Conference convened by former president Jonathan was a far cry from what the proginators of the idea of a nation conference wanted. Notwithstanding its limitations and deficiencies, there were commendable recommendations in the report of the conference that should be implemented in the interest of national cohesion.

Since the Constitution itself is the child of a Decree (now an Act of the National Assembly by virtue of Section 315 of the Constitution), her life and existence can be brought to an end by repealing Decree 24 of 1999. This will only require a simple majority vote of all the members of each house of the National Assembly and the assent of the president. The SNC can then be empowered by the repealing Act to draft a new constitution for the country that will establish, among others, a single house of parliament for the federation.

Unfortunately, there is no clear provision under the Constitution for a national referendum in the country on critical issues that affects the corporate existence and structure of the Nigerian state. The implication is that the Nigerian people are not constitutionally empowered to determine the fate, structure and system of government of their country except by voting for their preferred candidates and political parties during elections and by engaging in civic engagements like protests, etc.

Ironically, Section 14 (2) (a) of the Constitution declares that “sovereignty belongs to the people of Nigeria through whom government by this Constitution derives all its powers and authority”, that provision apart from being non-justiciable by virtue of Section 6 (6) (c) of the Constitution, does not guarantee the Nigerian people the practical assertion of sovereign power over their government and country.

Except there is a new legal order in the country by way of a revolution – either through a military coup or a people driven national mass movement similar to the Arab spring, it is constitutionally not possible for the current system of government whether in the legislative, executive or the judicial arm to be changed without reference to the National Assembly.

I need to say clearly that military intervention is an anathema to democracy and civilization and would never be tolerated again in this country by Nigerians and the international community. Therefore, that option is not open for consideration.

The saddening reality today is that the vast majority of Nigerians are neither willing nor prepared to take back their country. This is why the advocacy for the abolition of the Senate may never be actualized until our people rise above the cleavages orchestrated by political partisanship and the obsession for divisive ethnic-religious interests.

For the National Assembly to sit and consider altering its structure in the national interest will not only amount to an act in self-censorship but self-annihilation. No matter how imperative such an objective may seem, the current crop of legislators in Nigeria are too destitute in patriotism to even contemplate such a radical and privative objective. It is simply impossible.

The National Assembly is populated largely by people who are after their primordial and pecuniary interests. We have in the National Assembly people that are under criminal investigations in Nigeria and abroad. Though they may appear divided at times on issues of policy, they are unapologetically united in matters that affects their welfare and collective existence. Our MPs are not willing to consider any proposal that will seem like a class suicide. The National Assembly members will not advert their minds to their tribes, regions, religion or political parties the day the issue of abolishing the Senate comes up for deliberation in the National Assembly.

In 2012, Senegalese MPs voted to abolish the senate as part of moves to help the victims of deadly floods that ravaged the country at the time. President Macky Sall had said the money reserved for the upper house – about $15m – will also go towards preventing further flooding.

Unlike Senegal, our legislators are proposing legislations to protect and entrench themselves. It is most improbable for lawmakers who have refused to cut their prohibitive and abominable allowances to alter the Constitution and abolish the Senate. We are talking about lawmakers that have the unmerited record as the highest paid in the world.

It is true that the bicameral legislature is too expensive for the country to maintain. We cannot continue to service the insatiable propensity of 109 senators and 360 members of the House of Representatives. Their bogus allowances is not sustainable. Let us revert to a part-time legislature where lawmakers will only sit when occasion demands and receive sitting allowances only. We can endure the House of Representatives; but the Senate should be abolished.

The starting point is credible elections. Our electoral process should be sanitised. It is only when lawmaker are freely and fairly elected by the people that the desire for a unicamaral legislature will be given serious attention by the National Assembly. We must constantly engage our representatives. Recent developments in the National Assembly has shown that with vigilance and civic action by the citizens, we can force our lawmakers to do our wish.

Inibehe Effiong is a Constitutional Lawyer and the Convener of the Coalition of Human Rights Defenders (COHRD).

From Budget Padding To Budget Omission; A ...