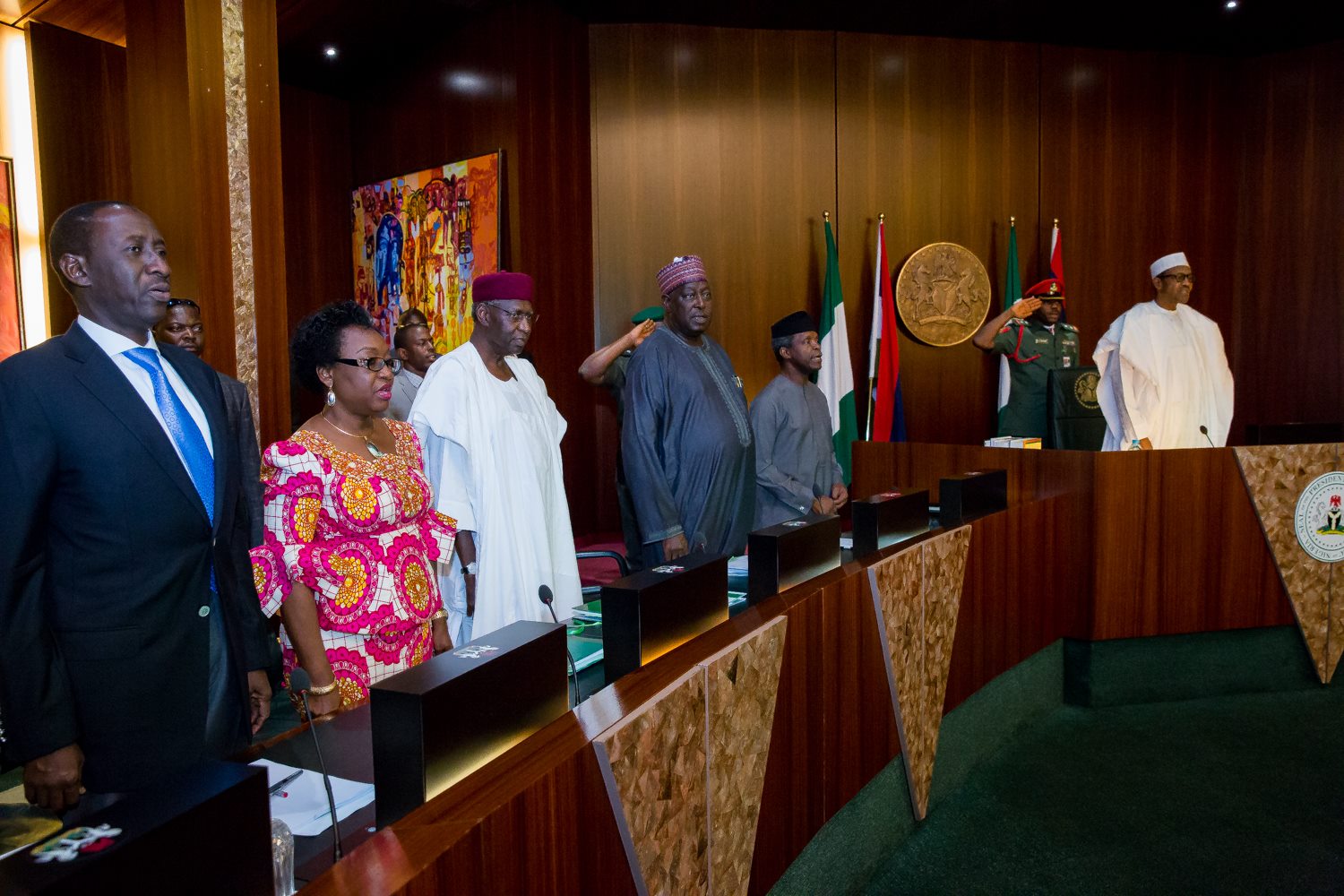 After having a close scrutiny of the issues surrounding the recent budget tussle between the executive arm of government and the legislature, one is quick to realize that the problem stems from the stunning display of negligence and incompetence on the part of the Buhari led administration. The administration displayed so much show of incompetence, inability to pay attention to details and lack of technical know-how in the way it handled the budget from the onset, it’s first major statutory obligation. The monumental series of chaos that sprang up at different stages – ranging from glaring reports that the budget was heavily padded, to claims of non-inclusion of some vital intended projects by the executive – leaves one to begin to wonder if the presidency with the entire executive arm knows what it is doing at all.

Buhari and those running the government with him should bury their heads in shame by now. How can the executive arm of government in a country that has survived over 16 years of uninterrupted democracy not know how to properly plan it’s fiscal policy? Did the All Progressives Alliance learn anything about governance within the few years of its ferocious and vociferous opposition at all? What appears to be far more annoying and irritating is the arrogance with which the matter has been handled and the deafening silence of the administration over the issue so far. The president or any member of his cabinet is yet to come out to address the numerous disturbing reports in the media and properly brief the nation on why the budget is yet to be accented by the president.

The refusal of the president to regularly address the nation, especially when situations of national concern call for it, is in contrast to the promise of a progressive and modernistic form of governance that served as the backdrop of the All Progressives Congress’ (APC) presidential campaign during the 2015 General Elections. The only times the president has addressed the nation deliberately, after his inauguration, was probably during the last traditional Independence Day Presidential Address and during the ritualistic Presidential Media Chat held last year. Accountability in a democratic setting entails regular direct communication between the government and the governed, to give a periodic account of their stewardship, actions and inactions. The president of America Barrack Obama addresses the American people every week. Every Week! He also speaks during major national crisis or challenges.

The deafening silence of President Buhari on a number of critical issues and challenges that have faced the nation during the last one year of the existence of this administration is irritating and heart breaking. The president seems to have lost touch with the psycho-emotional needs and yearnings of Nigerians. Apart from the budget brouhaha, the Agatu Killings and the Zaria Massacre are ready examples here. When asked, during the last Presidential Media Chat, about what actions the president was taking on the gruesome killing of harmless citizens by men of the Nigerian Army, the president appeared downplaying the massacre by referring to “excited teenagers virtually hitting the chest of generals.” A Nigerian citizen listening is left to wonder if the punishment of such action of insolence by the teenagers is a good reason for hundreds of them to be slaughtered in cold blood by the men whose duty it is to safeguard their lives. Now that the report of the panel of inquiry set up by the Kaduna State Government is ready, we will keep our fingers crossed and wait for the decisive action to be taken by the Commander-in-Chief of the armed forces.

Recently, I was asking myself if the president has actually made any planned deliberate address to the nation on the reasons for the lingering fuel scarcity that has lasted for several months and has left businesses in the country paralysed. I can’t remember any, except one or two forced sentences during public occasions, diplomatic visits, and foreign media interviews. Even the Group Managing Director of NNPC and Minister of State for Petroleum only addressed the issue for the first time after a meeting with the president at the presidential villa when journalists had to force words out of him. And he was quick to deride them with his rude and discourteous flippancy. His statement of not being a magician who can make fuel scarcity disappear overnight was an epic one among the series of insulting flippancy that has emanated from the presidency and its cabinet. Another in keen competition with it was the statement recently made by Mr Femi Adesina the Special Adviser to the president on media and publicity while addressing the menace of poor electricity supply in the nation during an interview on Channels Television where he said and I quote, “If some people are crying they are in darkness, they should go and hold those who vandalize the installations.” The two statements by these public servants raises questions as to what the duties of government is and if this individuals have a deep understanding of those functions. Is it too much for Nigerians to expect their government to provide fuel for them to buy with their own hard earned money? Or is it no longer the duty of government to provide basic amenities to the public and protect public properties?

There are a lot of questions begging for answers as far as the budget impasse is concerned, which both the National Assembly and the presidency need to clarify. For instance, The National Assembly in a statement by Senator Aliyu Sabi Abdullahi, Chairman Senate Committee on Media and Public Affairs, claimed that the Lagos-Calabar Rail project was never included in the budget sent to the National Assembly. However, the executive claimed to have submitted the project as a supplementary budget to the Senate Committee on Land Transportation, an assertion which was corroborated by the chairman of the committee, Senator Gbenga Ashafa. Questions that arise ranges from why such an important project will be omitted from the budget in the first place, why the executive did not follow the constitutional procedure for submission of a supplementary budget to the National Assembly, to why the National Assembly refuse to acknowledge the receipt of the allegedly submitted ‘supplementary budget.’ The chairman of the House Committee on Appropriation, Hon. Abdulmumin Jibrin also claimed that about N54 billion was found floating in the budget of the Ministry of Transportation. Obviously, Mr Rotimi Amaechi, the Minister for Transportation, needs to explain to the nation the reasons for that.

Now that the president is back from his laudable trip to China, I expect that he pays particular attention to the budget and address the nation concerning the issues that rented the air in his absence. I am sure president Buhari is aware that the delay in passing the budget is affecting the progress of critical sectors of the nation’s socio-economic development. A very good example is the NYSC 2016 Batch A Orientation camp which according to the former Director General of the scheme cannot commence until the federal government releases funds. Many of the graduates due for this Batch A scheme have graduated over a year ago. The progress of their journey in life has been virtually placed on hold by the delay in the commencement of the service to their nation, since most of them cannot conveniently pursue their career without completing the one year scheme.

Dara Adenekan is a creative writer, editor, public commentator, and linguist. He can be reached by email HERE. He also tweets from @dara_adenekan1.