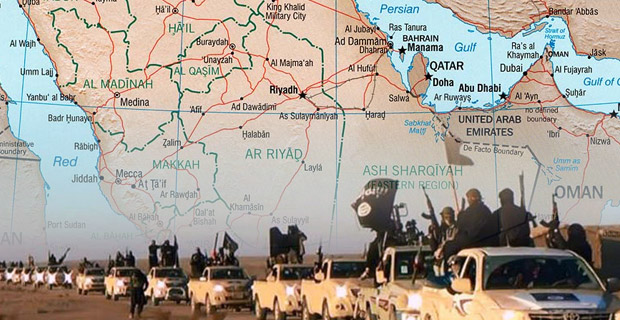 The ISIL Takfiri terrorists have purportedly opened a consulate in Turkey and use it to issue visas for those who want to join the fight against the Syrian and Iraqi governments.

The Turkish daily Aydinlik said in a recent report that the consulate was founded in the Cankaya district of the capital Ankara.

The militants are said to be operating freely inside the country without much problem.

Other reports said the members of the Takfiri group have rented luxurious houses in the upscale neighborhood of the capital and Istanbul and use them for residence or as offices.

The terrorists are said to be using minibuses with black windows to get around the city.

The ISIL Takfiri terrorists currently control parts of Syria and Iraq. They have threatened all communities, including Shias, Sunnis, Kurds, Christians, Izadi Kurds and others, as they continue their atrocities in Iraq.

Senior Iraqi officials have blamed Saudi Arabia, Qatar, and some Persian Gulf Arab states for the growing terrorism in their country.

The terrorist group has links with Saudi intelligence and is believed to be indirectly supported by the Israeli regime.

The United States started conducting airstrikes on the ISIL only after US interests were threatened by the militants.