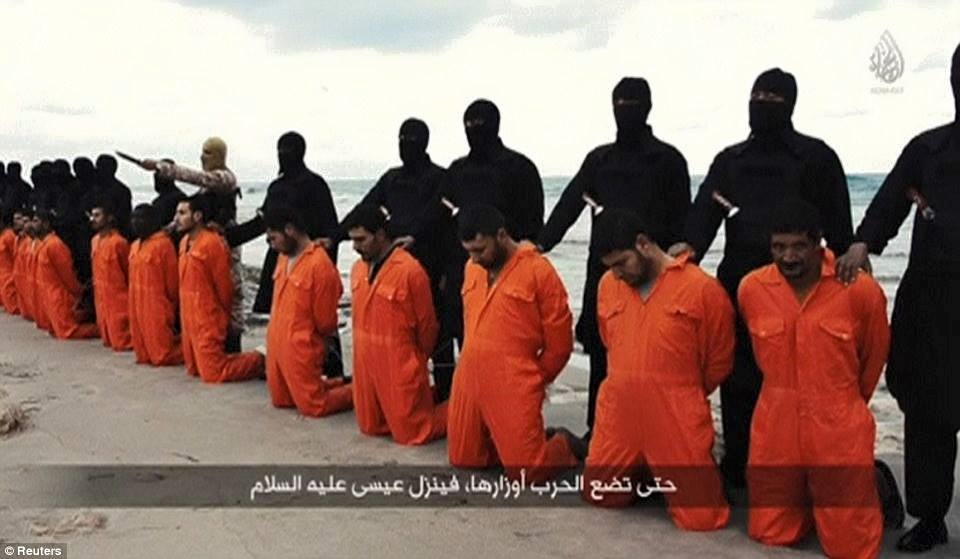 Many indicators point to the fact that ISIS in middle east and N/Africa fight in the interest of Israel and target Israel’s enemies. This fact is reflected in a statement issued by an Israeli Rabbi:

What is the offense of eastern Orthodox Christians to the Zionist in general and Coptic Christian in particular?

It is not mere coincidence that the policies of ISIS against middle east Christians of sectarian cleansing through terror, displacement and exile was done and still being done, exactly, by the Zionists state of Israel on Arabs and Palestinian Christians which greatly changed the demography, making Christian numbers less and less in the occupied territories. Since the emergence of alQaeda affiliated groups in Iraq and the subsequent emergence of the most brutal brand of terrorist group in Syria and Iraq- ISIL- the existence of eastern Christian become more greatly endangered.

The fact that ISIS is at war with enemies of Israel becomes more clear when ISIS recently published the gruesome video of barbaric beheading of 21 Coptic Christians abducted in Libya while there just seeking for job… For what reason? It should not be forgotten that the Pope of Egyptian Coptic Christian had ordered boycott of Israel and banned his followers from visiting Jerusalem after its occupation by the Zionist state in 1967, until it is liberated from the colonial occupation by Zionists occupiers in and added:

“From the Arab national viewpoint, we should not abandon our Palestinian brothers and our Arab brothers by normalizing our relations with the Jews,” – Pope Shenouda III, the former head of Egypt’s Coptic church

This position has been upheld by the present papa, Pope Tawadros II.

Iranian FM spokeswoman Marzieh Afkham, while strongly condemning inhuman crimes by ISIL terrorist group against 21 Egyptian Coptic Christians in Libya, said the perpetrators of this heinous act follow ominous intentions by stimulating religious, ethnic and tribal sentiments and in line with the interests of the Zionist regime to harm the relations between followers of major religions and to destroy ties among Islamic countries.

Afkham also expressed sympathy with the relatives of the victims and offered her condolences to the people and the Egyptian government.

She stressed public consciousness at all levels against conspiracies, suspicious actions and dangerous consequences of extremism and terrorism in the region.

ISIL Takfiri terrorists released on Sunday a new five-minute video, allegedly showing the beheading of 21 Egyptian Coptic Christians kidnapped in Libya following an earlier announcement of the terror act in an issue of their magazine, Dabiq.

The terrorist group says in the footage that the killings are revenge for “Muslim women persecuted by Coptic crusaders in Egypt.” – Abna