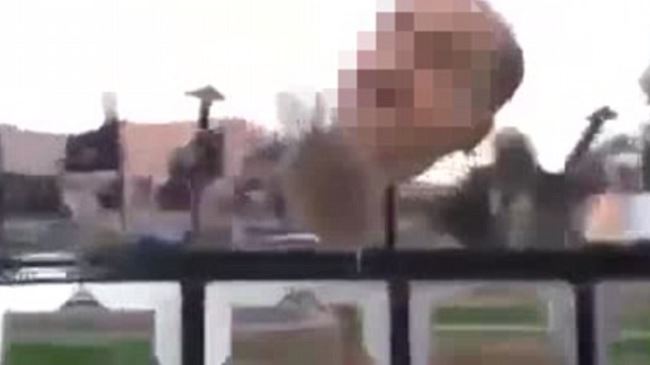 The decapitated heads of several soldiers are shown mounted on poles on top of a fence at an army base in the northern province of Raqqa, Daily Mail reported.

Experts say the footage circulating online appears genuine and has been corroborated by other reports.

This comes as the so-called Syrian Observatory for Human Rights says the troops were seized after ISIL militants took over a base in the troubled region.

“Some of the executed troops were beheaded, and their bodies and severed heads put on display in Raqqa city,” said the Britain-based group’s director, Rami Abdel Rahman.

Since the outbreak of the Syria crisis in March 2011, several video clips have been released showing the grisly crimes perpetrated by the Takfiri terrorists against innocent civilians in the crisis-torn country.

Al-Qaeda-affiliated groups such as the ISIL have been behind many of the deadly bomb attacks targeting both civilians and government institutions across Syria over the past three years.

According to some sources, more than 160,000 people have so far been killed and millions of others displaced due to the violence fueled by the militants in the Arab country.

The ISIL and its associated militant groups are blamed for numerous sacrilegious acts. The terrorist groups have links with Saudi intelligence and are believed to be indirectly supported by the Israeli regime.