Israel has become the Covid capital of the world despite leading the charge on vaccines, in a clear warning sign that Britain, the US and other highly-immunised nations are still vulnerable to another wave.

Stats compiled by Oxford University-backed research team Our World in Data shows there were a record 1,892 Covid cases per million people in Israel on Wednesday — nearly 0.2 per cent of the entire population in a single day.

That was significantly higher than second worst-hit Mongolia, where the rate was 1,119 per million, and double the figures for Kosovo (980), Georgia (976) and Montenegro (909), which rounded out the top five.

The figure only looks at one day’s worth of tests and Israel’s high rate is thought to have been driven up by a huge testing push ahead of schools reopening there.

For comparison, 522 people per million in the UK tested positive yesterday and the figure was closer to 595 in the US. It suggests protection gained from vaccines is starting to buckle in the face of the highly-transmissible Delta variant.

While Israel is seeing record case numbers in its fourth wave, the jabs are still protecting against severe illness with Covid deaths running at about half of the level of its second wave, even though fatalities have risen sharply in the last month.

Israel has been offering booster jabs to people over the age of 60 since July, and data suggests the scheme has helped to curb rising hospital admissions. The country has since expanded the top-up drive to everyone over 12 who has already had two doses.

With Israel acting as the ‘canary in the mine’, the UK has been urged to ‘stop hanging around’ and launch a mass booster jab programme to avoid a deadly wave this winter.

But the Government’s advisory panel has yet to sign off on the plans — leaving the country lagging behind Israel and the US, which is also offering third injections to everyone given two doses.

Prominent SAGE member ‘Professor Lockdown’ Neil Ferguson today said he expected a surge in cases in winter but is unsure if it will be large enough to warrant rolling back restrictions. Other experts fear the return of schools in England this week and next will cause infections to explode. 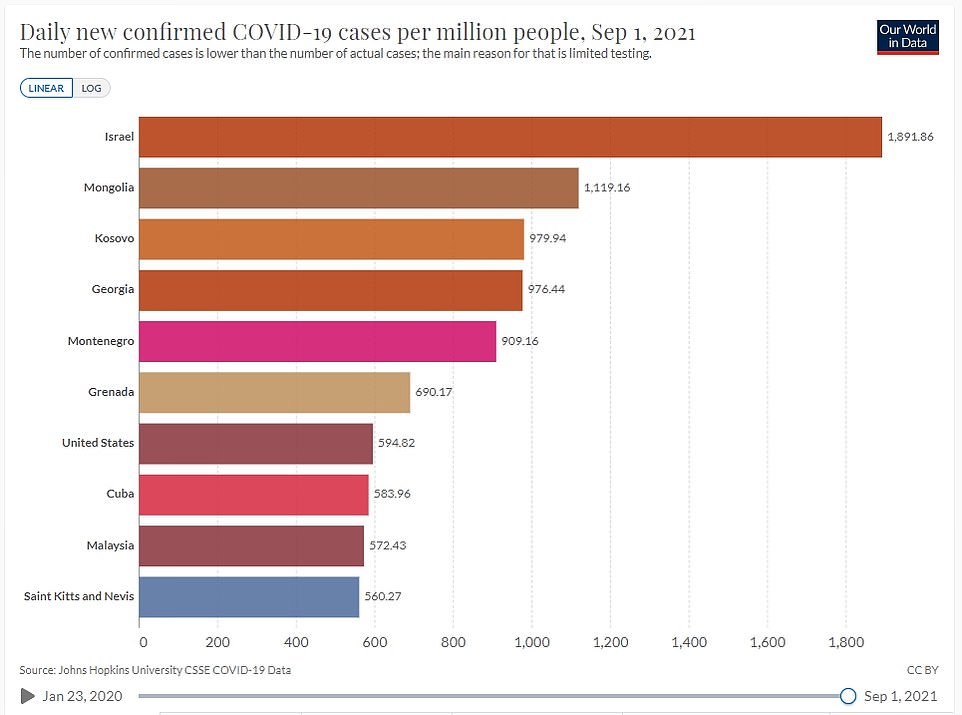 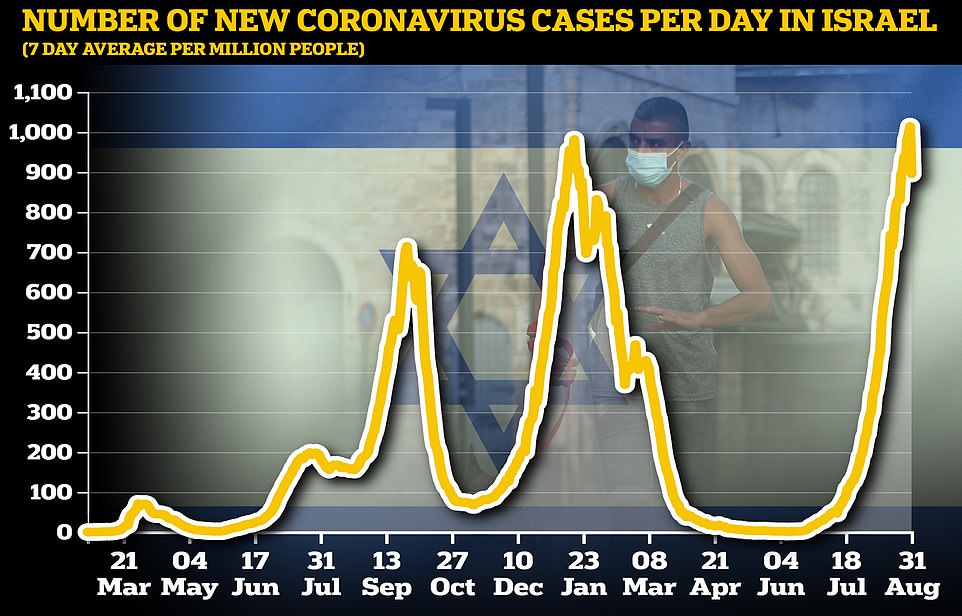