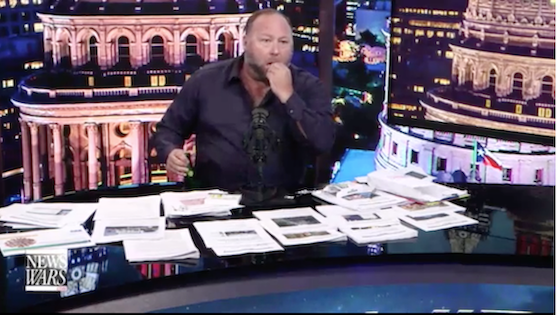 Ivermectin is on the World Health organization list of most essential drugs and it received a Nobel prize in 2015 for its impressive results in various uses in humans. The CDC and FDA for some reason have been maligning this medication. Our earlier article expands:

“You Are Not a Horse. You Are Not a Cow”: FDA Discourages Use of 30-yr old Ivermectin, Known “Safe” Drug on WHO “Essential Medicines List”

The US Food and Drug Administration, FDA in rather unusually rash terms tweeted a release giving an unusual condemnation of Ivermectin, accompanied by a picture of a horse and the words, “You are not a horse. You are not a cow. Seriously, y’all. Stop it.”

In the linked article, the FDA wrote,

“There seems to be a growing interest in a drug called ivermectin to treat humans with COVID-19. Ivermectin is often used in the U.S. to treat or prevent parasites in animals.”

And then under that conflicted itself by writing,

Discourage Self Medication Without Destroying the Medical Practice

The FDA’s harsh rebuke of the use of Ivermectin a drug that has been in use for treating various human conditions since 1981, in the management of Covid appears to be related to an uptick in reports of poisoning by people who have recently ingested animal formulas of the drug.

But how the FDA would now broadly condemn a drug approved for human use for treatment of parasite infestation and other conditions and one of the World health organization, WHO’s drugs on the “WHO Model List of Essential Medicines (aka Essential Medicines List or EML) brings confusion to the medical field.

“This proposal is an expansion of the indication for ivermectin, which is currently included in the EML as an intestinal anthelminthic and an antifilarial (Sections 6.1.1 and 6.1.2) (WHO 2017). Ivermectin has been used extensively in humans, alone against onchocerciasis and in combination with albendazole against lymphatic filariasis (LF) since the 1980s (WHO 2006). It has played a key role in the elimination programmes of these two neglected tropical diseases and was more recently approved for the treatment for Strongyloides infections.”

The WHO EML “contains the medications considered to be most effective and safe to meet the most important needs in a health system.”

Several clinical trials have found Ivermectin to be effective in managing covid. See:

The problem is, must the FDA resort to rewriting medical practice to promote changes in public behavior?

Can the drug administration find another way of discouraging self-medication and the use of veterinary formulas on humans without promoting false and potentially damaging information about known and popular medications.

Does the new announcement not discourage and affect compliance in patients who may have been prescribed this essential medication by their health care providers in America and abroad?

The Same Happened with Hydroxychloroquine, Remember!

We recall that other drugs on the WHO Essential Medicines List, Chloroquine and hydroxychloroquine were similarly discredited as unsafe by the US administration despite these drugs being some of the oldest and longest and most widely used for decades in the fight against malaria in Africa and Asia.

Again see a proposal for Hydroxycholoroquine’s use being expanded on the WHO Essential Medicines List:

“This proposal is an expansion of the indication for HCQ, which is currently included in the EML and EMLc under the heading MEDICINES FOR DISEASES OF JOINTS (Section 29.2 Complementary List). HCQ has been used extensively in humans, with an original indication to prevent or cure malaria. Since 1950s, HCQ, has also been successfully used to treat several infectious (Q fever, Whipple’s disease, fungal infections), rheumatological (cutaneous and systemic lupus erythematosus, antiphospholipid antibody syndrome, rheumatoid arthritis, Sjögren’s syndrome) and oncological diseases (strong antiproliferative, antimutagenic, and inhibiting autophagy capacities) with more than > 20 recent ongoing clinical trials of association of HCQ with radiotherapy and chemotherapy [1] ).”

It is not absurd to suspect that the US drug and disease agencies are only interested in promoting vaccines and expensive medications. And that they will go to any extent to rewrite conventional medicine and destroy decades of confidence and convention in medical practice in the pursuit of their political decisions on managing Covid.

A Cincinnati woman has won a court order forcing the hospital to treat her husband with Ivermectin. The husband has been admitted and on ventilator for Covid-19. The case is the latest of a handful where judges have overruled hospital managements and forced the drug to be administered.

“Jeffrey Smith, 51, came down with COVID-19 in early July and has been in the intensive care unit of a Butler County hospital for weeks. His wife, Julie Smith, asked in Butler County Common Pleas Court on Aug. 20 for an emergency order for the use of Ivermectin.” USATODAY

Jeffrey was intubated on August 1st according to the filing. His chances of survival at this stage were stated to be at about 30%.

On Aug. 23rd, Judge Gregory Howard ordered the hospital to authorize Dr. Fred Wagshul’s prescription of 30 milligrams of Ivermectin daily for three weeks. Dr. Wagshul is a pulmonologist and member of Front-line doctors who argue for the use of Ivermectin in the prevention and treatment of Covid.

Do Judges Have to Keep Intervening to Put Sense Back into Healthcare Management?

It is really sad that the advent of Covid has suddenly created a situation where it appears the US head agencies are fighting to destroy decades of medical practice and norm.

We wrote earlier on the misleading FDA/CDC warning about Ivermectin. The agencies appear to be misguiding the public in effort to prevent poisoning from self-medicating with animal formulas of this medication, but are also hampering legitimate medical prescription of the world’s oldest and most essential drugs.