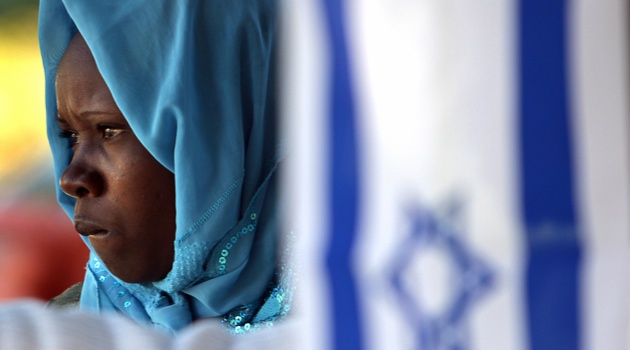 NewsRescue– We have a story up on Saudi Arabia, the Muslim Holy land, deporting Africans en mass, violently. We have another story up on Haitians being deported from Dominican republic, the black Hispanic fairer-skinned half of the same Island, brutally also. Europe, suffering an economic depression has been most repugnant of blacks. The UK recently imposed a fine on Nigerian visitors, a deposit to be paid to obtain a Visa. And now out of Israel, the other Holy land, and a land arguably stolen, the Africans are not wanted.

Economic hardship globally is no doubt a contributory factor to nations getting rid of the most unwanted. But the sad truth is Africa. Africa, the worlds largest continent and a most resource abundant piece of land has been raped by colonialism and blessed with worse-than-colonial leadership. Its people are stupefied, have gained nothing from democracy and are too disorganized to overthrow their worthless leaders and build their nations to nurture their people and be inviting to foreigners. The Africans are simply not wanted.

Israel Will Pay Africans $3,500 Each to Leave

Israel’s Cabinet allocated nearly $124 million to a plan designed to have illegal African migrants return to their countries of origin.

Most of the money allocated from the plan approved unanimously on Sunday will go toward building a new migrant detention center in southern Israel and paying migrants who agree to leave the country up to $3,500.

The plan also is aimed at reducing the presence of migrants in city centers and increasing security for Israelis.

It calls for adding 550 positions to law enforcement teams from the Public Security Ministry, the Population and Migration Authority and the Economy Ministry that will carry out enforcement against the illegal migrants and their employers. The number of police officers in areas of south Tel Aviv frequented by illegal migrants also will be increased.

“We are determined to deport the tens of thousands of illegal migrants who are here after having reduced to zero the number of illegal labor migrants who enter Israel’s cities,” Israeli Prime Minister Benjamin Netanyahu said at the meeting, according to his office.

“The steps that we unanimously approved today are proportionate and necessary for maintaining the Jewish and democratic character of the state and will restore security to Israel’s citizens while upholding the directives of the High Court of Justice and international law.”

The plan is in conjunction with a new illegal migration prevention law that allows illegal migrants to be held for one year in a closed detention facility rather than three years. The Israeli Supreme Court struck down the original law.

The new detention facility will provide the migrants with food, sleeping accommodations, and health and welfare services, and will be closed only at night. However, the migrants will have to appear three times a day for roll call and are not permitted to work.