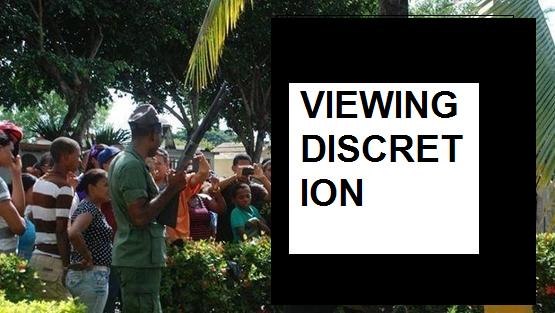 As new tensions mount between Haiti and the neighboring Dominican Republic, the top brass of the Caribbean Community will decide Tuesday whether to impose sanctions against the Dominican Republic over a high court ruling denying citizenship to tens of thousands of Haitian descendants.

Authorities in the Dominican Republic rounded up 88 more people and sent them to Haiti, two migrant advocates said Tuesday.

The number of those who have left the Dominican Republic following an outbreak of violence on the border now stands at 357. After they crossed over, buses took them to a center run by Haiti’s Office of Migration and they were given a meal and about $22 to reunite with family. The same procedure was expected for the latest group. -AP

Ralph Gonsalves, the prime minister of St. Vincent and the Grenadines and incoming chairman of Caricom, flew to Trinidad on Monday, as did Haitian President Michel Martelly, the immediate past chair. On Tuesday, the two will meet with current chairwoman and Trinidad Prime Minister Kamla Persad-Bissessar for a special meeting to discuss a range of sanctions that include freezing the Dominican Republic’s application to join their grouping.

In July, Dominican President Danilo Medina flew to oil-rich Trinidad hoping to charm Martelly and other Caribbean leaders over his country’s long-standing request to join the 15-member mostly English-speaking political and economic bloc.

Gonsalves, whose tiny nation recently led the charge against the Dominican Republic at an Organization of American States meeting, said Santo Domingo needs “to correct an egregious wrong.”

“This is the 21st century in our hemisphere, and we are having this kind of ethnic barbarism. It’s absurd, and unacceptable among civilized people,” Gonsalves said told the Miami Herald. “You can’t use national law and sovereignty to take away people’s rights.” –MiamiHerald 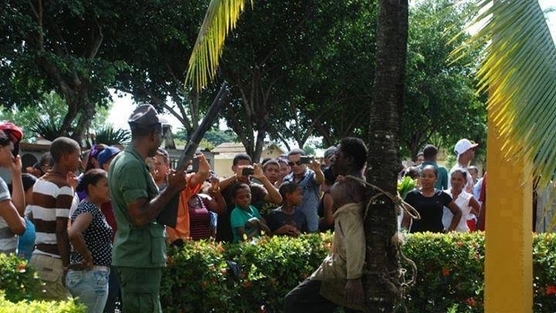 NewsRescue- History brief: Haitians generally are darker skinned, compared to Dominicans, but both are Negroes. Some Dominicans wish to think they are ‘Caucasian-like.’ Haiti was never forgiven by France since Haiti rebelled and pushed France out, becoming the second nation after the USA in he America’s to gain its independence by self revolt. Haiti paid France billions in severance for its Freedom till the 70’s. The entire colonial world never forgave Haiti –till date– and as such Haiti today remains a pseudo colonial territory with UN army stationed as “peace-keepers.” As a result of SAP and IMF policies in the 70’s, as can be predicted, Haiti is poor and the poorer half of the Island. There is discrimination with Dominicans feeling superior. This article reports that darker-skinned Dominicans and one’s with french sounding last-names are being deported to Haiti. Migrant advocates are bracing for more abrupt deportations to impoverished Haiti as a result of a recent Dominican court ruling that narrows the definition of citizenship. So far, there have not been mass deportations, but there are growing accounts of people being summarily kicked out of the country, in some cases apparently based solely on the color of their skin.

“Blacks are hardly going out because they’re picking up a lot of dark-skinned people,” Cuevas said in an interview Thursday at the office of the Support Group for Repatriates and Refugees, a nongovernmental organization.

In September, the Dominican Constitutional Court ruled that being born in the country does not automatically grant citizenship, and it directed officials to purge voter rolls of non-citizens, including people born to non-legal residents going back to 1929. Advocates say 200,000 people could be stripped of citizenship, along with the documents they need to work or attend school, although the government says an initial count came to about 24,000.

The ruling, based on a new 2010 constitution, is a reflection of deep hostility in the Dominican Republic to the vast number of Haitians who have come to live in their country, many brought in to work in the sugar industry and their descendants.